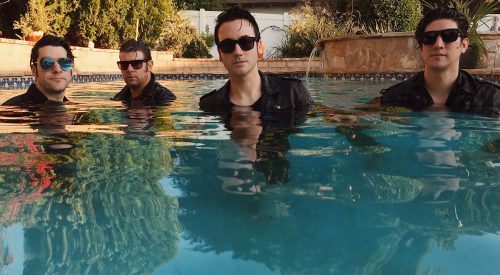 More than 35 years after its original release, Bananarama’s “Cruel Summer” is having a renaissance as of late. In 2018, Hailey Tuck’s rendition of the song earned a spot on our list of top cover songs for the year. This spring, Kari Kimmel recorded a version for the trailer and final episode of Cobra Kai season two (a Karate Kid reboot). Today, the first day of summer, Prima Donna is releasing a guitar-powered rock cover as its new single.

Signed to Little Steven Van Zandt’s Wicked Cool Records, Prima Donna is an up-and-coming L.A.-based, four-piece rock band (yes, rock outfits still exist in 2019). “We wanted to do a summer song for the next single, and we’ve always loved ‘Cruel Summer,’” guitarist and vocalist Kevin Preston told Cover Me in an email. “It’s by far the most haunting tune of the season.”

The band opens the song with a synth-percussion track familiar to anyone who knows the original recording. From there, the tracks differ. Prima Donna plays it as a hard-driving pop rocker, with Clash-inspired guitar licks. Preston belts out the song’s refrain with all the swagger of an ‘80s pop star transplanted into the 21st century. Apparently summer heartbreak never goes out of style. Or, as keyboardist and saxophone player Aaron Minton put it: “Summer is not necessarily ‘having fun all summer long’ as the Beach Boys would have you believe.”