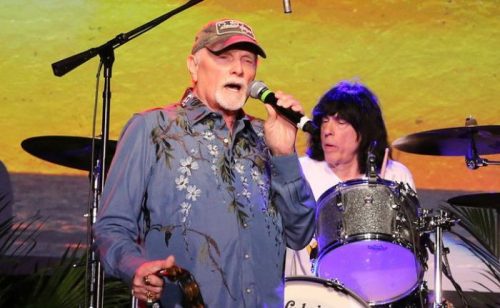 No one knows Mike Love’s place in rock n’ roll history better than Mike Love himself. In his 2016 memoir Good Vibrations: My Life as a Beach Boy, Love summed up his legacy perfectly, writing: “For those who believe that Brian [Wilson] walks on water, I will always be the Antichrist.” In a move sure to send the legions of “Love-haters” into fits of online rage, he recently recorded a cover of the Ramones’ “Rockaway Beach.” The track was released as a single in advance of Love’s upcoming solo record 12 Sides of Summer.

Love is not the first one to connect his music with the sounds of the denim-and-leather-clad punks from Queens. In 2009, a group calling themselves the Rämouns released an album of Beach Boys covers performed in the style of the Ramones, aptly called Rockaway Beach Boys. Joey Ramone’s brother Mickey Leigh recently told Billboard that they were fans of the Beach Boys as kids. “Growing up in Forest Hills, Joey and I bought every single and every album of theirs, which led to buying every record by Jan and Dean and the Trashmen, and on and on,” he said. “That’s all reflected in the Ramones’ music.”

Clocking in at nearly three minutes, Love’s cover is 33 percent longer than the Ramones’ original. At age 78, Love’s voice does not have the same range as it once did, but one doesn’t need to be Frank Sinatra to take on Joey Ramone. On the recording, Love is ably backed by current members of the Beach Boys’ touring band, who provide Beach Boys-inspired guitar licks and harmonies. The group, who have a relentless touring schedule that puts many younger acts to shame, have already added “Rockaway Beach” to their live repertoire. It has even been given the seal of approval by drummer Marky Ramone, who joined Love and the Beach Boys for a performance on Long Island last week. Listen to both versions below: