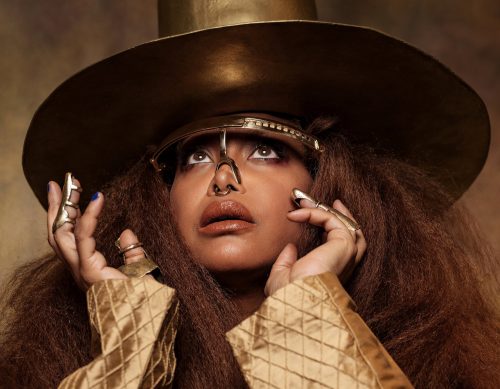 For Record Store Day this year, Erykah Badu and The Roots keyboard player James Poyser quietly dropped a new 7″ cover of Squeeze’s oft-covered “Tempted.” For those who weren’t lucky enough to snag it that day, they’ve just posted it online.

The song works so perfectly in her voice, it’s almost a surprise Badu hadn’t covered it years ago. Turns out, she actually had. Chris Penn, who works with musicians in Badu’s home city of Dallas, told local music blog Central Track that Badu recorded her vocals for the track years ago in the his rehearsal space. No word on why it took so long to come out. The song also features features Thundercat, Derrick Hodge, and Ali Jackson.

Listen below to both the song and an instrumental version that appeared on the flip side of the 7″.