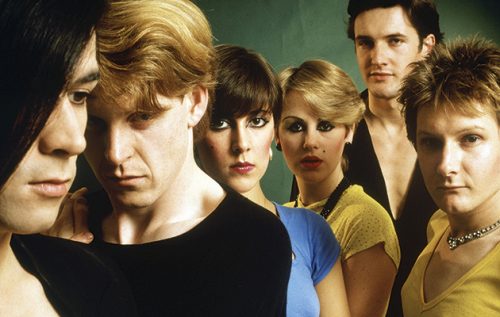 Bahamas, The Weather Station – Don’t You Want Me (The Human League cover)

Let’s start slow with the most laid back of these covers, featured on the soundtrack to the 2013 version of The Secret Life of Walter Mitty. This duet replaces the electronic trimmings of the original with a simple acoustic guitar. The only frill is the switch from casual strumming to a deliberately plucked riff after the chorus’s first question. The female voice is airy while the male voice sings in an elegiac tone with a dash of insecurity. You want me, don’t you? (Shoutout to my friend Jamie, a newly-minted Ph.D., for making me aware of this surprising cover.)

In contrast, this cover doubles down on the original’s synthpop dance vibe. However, the French Horn Rebellion provides their own opening and background theme. While the original has a continual and fast-paced, almost frantic, hiss of the high-hat, this version provides a slower “tsssk” backbeat. The highlight of this rendition of the song is that it somewhat paradoxically evokes both a dance anthem, true to the original, and a relaxed atmosphere. The listener wants to simultaneously dance and chill.

Nouvelle Vague – Don’t You Want Me (The Human League cover)

More high-hat! Nouvelle Vague brings a big band feel to the song, replacing the synthesizer background with brass. If you listen closely, you can hear a faint but funky bass line in the background that punches up the chorus. The verses are more spoken than sung, evoking the dialogue aspect of the lyrics. Adding some drama, the bridge is similarly whispered rather than adhering to the original tune.

With a power ballad beginning, this cover is distinguished by its assertive delivery. The assertiveness fits more with the slightly menacing lyrics that are hidden by the upbeat original. “Think you’ve changed your mind” about this song? “You’d better change it back or we will both be sorry.” Landa enunciates sharply which contrasts with Birch’s more prolonged phrasing. Rather than the male dominating the chorus as in the original, this version’s chorus is sung jointly with added harmony. For a brief moment, the singers’ different vocal styles are united, belting out the same question.

The opening lick of this last adaptation has serious spunk, leading into an overall jazzy ambiance. Scary Pockets has the confidence to both slow down the tempo and shed the traditional female duet-er. Bruno Major plays his dual role of viewer and working cocktail waitress admirably. These changes, joined to a tambourine played with attitude, produce a cover with laid-back swagger.

4 Responses to “Five Good Covers: “Don’t You Want Me” (The Human League)”