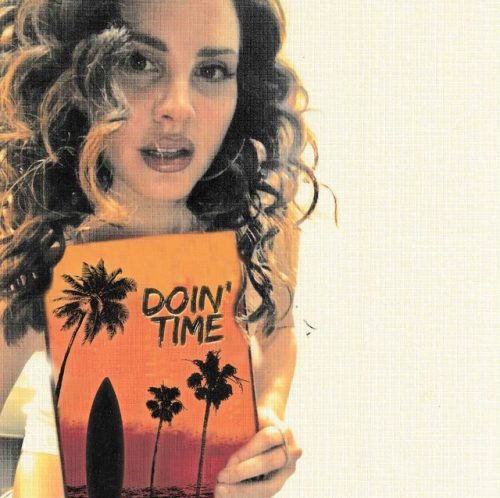 It’s been 23 years since Sublime released their self-titled studio album. It was their breakout record, gaining tons of airplay and new fans for the band. It was also their final album, released just months after lead singer Bradley Nowell’s death. One of the hit singles was “Doin’ Time”, a song built largely on samples and influenced heavily by George Gershwin’s oft-covered “Summertime”. Although it has aged well, it’s still a song that evokes the late 1990s. And then Lana Del Rey got a hold of it.

With fans awaiting a release date on her highly anticipated sixth studio album, Del Rey instead released a cover of “Doin’ Time.” Opening with chiming synths that sound like a Final Fantasy soundtrack, Del Rey’s powerful voice rolls in and carries the song. Between her lead vocals and the haunting backing vocals throughout, she fills the song with interesting moments. Add to that a production that is definitively modern but clearly calls to mind the original (using the same samples at times, and at other times sampling the original song). It’s a cover that fits one of our favorite criteria: it pays tribute to the original while being something totally new.

Even though the song’s only been out a few days, a lot has been said about it. Even members of Sublime and Nowell’s widow have complemented the cover. At four days since being posted on YouTube it has racked up 2.7 million views, approaching a quarter of the views that the original took 11 years to tally. It’s very likely that Del Rey’s version is introducing a new generation to Sublime’s legacy through a very good cover.

Check out who else has covered Sublime or look for more Lana Del Rey here.
Cover Me is now on Patreon! If you love cover songs, we hope you will consider supporting us there with a small monthly subscription. There are a bunch of exclusive perks only for patrons: playlists, newsletters, downloads, discussions, polls - hell, tell us what song you would like to hear covered and we will make it happen. Learn more at Patreon.