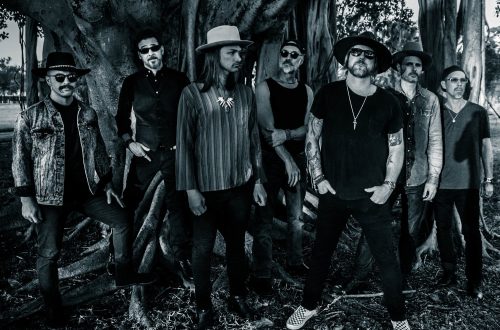 In another world, Prince could have been a long-haired Southern outlaw. In an oral history of the film Purple Rain, these were Prince’s then-drummer Bobby Z’s recollections of the first time he heard the title track: “My first reaction was, ‘Wow, this is almost a country song.’ It had a different feel than anything we’d been rehearsing for the rest of the album.”

Time has proven Bobby Z correct, as “Purple Rain” has been covered by the likes of Dwight Yoakam, LeAnn Rimes, Darius Rucker, and Brad Paisley. The latest to give Prince’s masterwork a southern-fried makeover is the Allman Betts Band. During their tour opener on March 27 at the Brooklyn Bowl the band reinterpreted “Purple Rain” as a country-rock jam.

The Allman Betts Band is a newly formed group with three members who are the direct offspring of the Allman Brothers Band. They include Devon Allman (Gregg Allman’s son), Duane Betts (guitarist Dickey Betts’ son) and Berry Oakley Jr. (bassist Berry Oakley’s son). Throughout the night, the group performed several Allman Brothers classics for the Brooklyn crowd, including “Blue Sky,” “Dreams” and “In Memory of Elizabeth Reed.” For good measure, they closed out the show with the Grateful Dead’s “Shakedown Street.” Seeing “Purple Rain” on the setlist was a pleasant surprise and perhaps a sign the group is aspiring to be more than a tribute act.

For the cover, the band was joined by country singer Jessica Lynn. She played acoustic guitar and sang the lyrics as a duet with Devon Allman. Together, the two turned it into an emotionally charged alt-country rock tune. After passing through the verses and choruses, the group shifted into jam-band mode. This was punctuated by two guitar solos that could easily have been performed by their forebears at the Fillmore East circa 1971. It’s as if Prince and the original Allman Brothers were destined to be musically aligned.

The concert was broadcast by Relix; the cover starts 1:15 into the show.