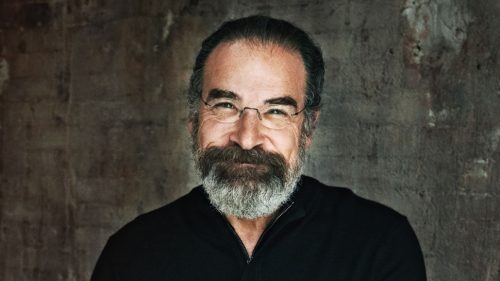 Patinkin’s cover of “Cat’s in the Cradle” missed the cut for our recent article about the song, so it seems only fair to post his cover of another one of Chapin’s story-song hits. This cover of “Taxi” comes from Patinkin’s 1994 album Experiment, where it was the only non-show tune on the collection.

Stephen Sondheim famously wrote “Send In the Clowns” for Glynis Johns, who he said “had a lovely, crystal voice, but sustaining notes was not her thing.” So he wrote short phrases and questions that she could act as well as sing. In 2002, Patinkin put together Celebrating Sondheim, accompanied on piano by his longtime musical collaborator Paul Ford. His “Send In the Clowns” conveys heartbreak and resignation without once resorting to cliché.

When Ford retired, Patinkin wondered if that meant he would have to as well. Then he met Thomas Bartlett, who he says “introduced me to an entirely new way of making music—in his studio, hours of playing, singing, and recording, never searching for the illusion of perfection.” That led to a series of collaborations, which Patinkin called diaries. The first, Diary: January 27, 2018, contains two Randy Newman songs, one each by Messers L & R Wainwright, and a most unlikely version of “Life’s a Gas.” Patinkin and Bartlett have stripped the song of most of what Marc Bolan gave it, but most certainly not to its detriment.

Diary: April/May 2018 has three Randy Newman songs, as well as a cover of “Lily, Rosemary, and the Jack of Hearts.” Bob Dylan’s lengthy tale from Blood on the Tracks is noted for its cinematic qualities. They’re all on display here, as Patinkin delivers the lyrics in the voice of a grizzled prospector spinning a yarn. Bartlett’s Mellotron pulses, quiet yet insistent, adding a serene relentlessness to the song.