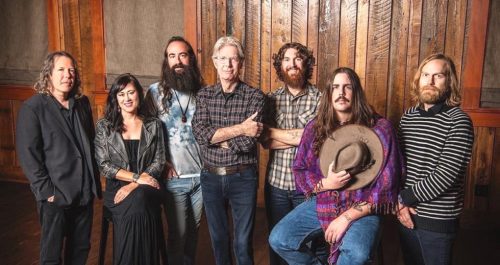 American Songwriter lists Wilco’s “Misunderstood” as frontman Jeff Tweedy’s best tune. The website writes: “It’s a song that identifies with the outsider and the downtrodden. In brief brush strokes, Tweedy paints a picture of a dreamer being choked to death by encroaching age and the dullness of small town life.” During a recent show in Chicago, Wilco’s hometown, Phil Lesh & the Terrapin Family Band reworked “Misunderstood” into a celebratory, sing-along anthem.

It somehow makes perfect sense that Lesh and his cohorts would tackle this tune. Wilco has covered the Grateful Dead in concert. They have even teamed up with Lesh and Dead guitarist Bob Weir separately on stage. Lesh was simply returning the favor.

The Terrapin Family Band played the track as a folk-country-rock song in the same vein as a tune from the Dead’s ‘70s Workingman’s Dead/American Beauty era. About two-thirds of the way through, the group sped the music up and vocalist Alex Koford shouted out the jilted lyrics: “I would like to thank you for nothing at all.” This was followed by 30 seconds of him yelling out “nothing” over and over, just as Tweedy does live. Judging by the fan-shot video, the end result left both the band and the audience alike feeling pretty darn happy. Certainly “No Depression” here.