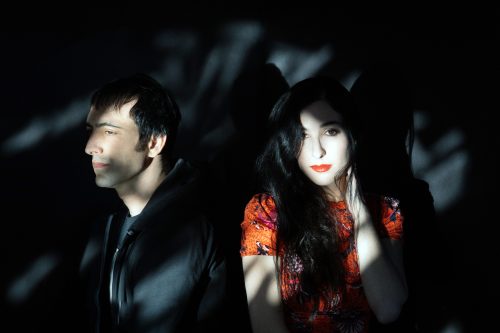 The video for Guns N’ Roses’ “Estranged” is often described as one of the most bloated of all time. Commonly cited in these critiques is the massive scene where Axl Rose jumps off an oil tanker and swims with the dolphins, like James Bond meets Flipper. “With a staggering $4,000,000 price tag and near ten-minute runtime, “Estranged” is an extravagant and thrillingly misguided monument to Axl Rose’s own persecution complex,” wrote Noisey.

Originally released on Use Your Illusion II, the song itself has held up better over time. “Estranged” is a sprawling nine-minute track, similar in tone to “November Rain,” with lyrics that explore loneliness and depression. The tune is more Bob Dylan-esque than the Gunners’ stadium-oriented anthems. At one point, Rose even closely echoes “Like a Rolling Stone” with the words: “And you don’t talk so loud/And you don’t walk so proud.” Given these idiosyncrasies, it’s little surprise that “Estranged” had previously inspired only two covers according to Second Hand Songs.

Enter Marissa Nadler and Stephen Brodsky with the third. Nadler is a singer/songwriter whose music encompasses a number of genres from folk to metal. Brodsky is a musical journeyman who has held duties in multiple bands, including Cave In and Mutoid Man. The two released a cover of “Estranged” as a single in advance of their upcoming album Droneflower.

Nadler handles lead vocal responsibilities. She opens the track in similar fashion to GNR’s intro, whispering out the words, “When you’re talkin’ to yourself and nobody’s home.” From there, the cover bears little resemblance to the original. In place of Slash and Izzy Stradlin guitar fireworks, Nadler sings to an accompaniment of acoustic guitar mixed in with psychedelic keyboards and electro-rock sound effects. She is joined by a ghost-like chorus, which provides a haunting backdrop to the introspective lyrics. Together Nadler and Brodsky have produced one of those rare covers that makes you want to revisit the original. No dolphins required.

Click here to listen to more covers by Marissa Nadler