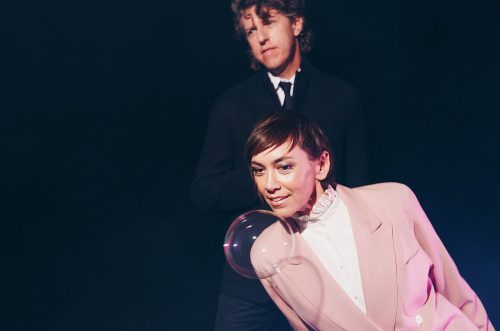 In 2010, LA indie-pop duo The Bird and the Bee released the terrific Interpreting the Masters Volume 1: A Tribute to Daryl Hall and John Oates. Sadly, a Volume 2 never arrived. But perhaps their very unexpected new Van Halen cover could point the way forward. The pair turn “Panama” from a huge ’80s rocker into a cute dance-pop song that somehow recalls both Michael Jackson and Imogen Heap.

“‘Panama’ is such an epic, driving, rock jam,” Greg Kurstin (“the bee”) said. “Van Halen blends anthemic songs with virtuosic playing like nobody else and David Lee Roth always delivers. Inara and I discovered we were both big fans of Van Halen growing up and had so much fun re-interpreting this one.”

“You really know when a song was embedded in your brain at a young age,” Inara George (“the bird”) added. “I had always assumed that ‘Panama’ was about the Panama Canal? Is it because I was studying that at school at the time the song came out? It’s possible. So imagine my surprise when Greg and I started working on the song and I started learning the lyrics… the song is about a car and a girl!! Duh!”

Listen to the Bird and the Bee’s “Panama” cover below, then go bug them on Twitter for a second covers album.