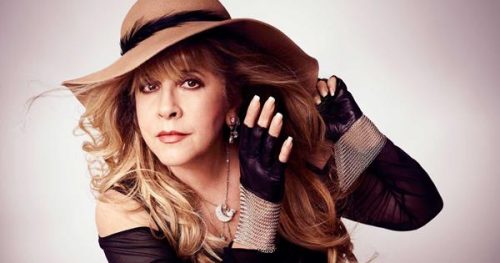 Stevie Nicks’s induction into the Rock and Roll Hall of Fame is a historic one. She’s the first woman to be elected twice – once with Fleetwood Mac, and once for her solo career. Before Diana Ross, before Tina Turner, before Janis Joplin, before any other woman. We’ve discussed “Landslide,” her signature song that she brought to Fleetwood Mac; now we’ll pay tribute to what she accomplished after she emerged from their shadow.

“Wild Heart” started out as a collaboration with Lindsey Buckingham – his music, her words. Then Stevie took the song and repurposed it for her second album, The Wild Heart. She added new lyrics to the near-title track, and gave it new music to boot. (Don’t cry for Lindsey, though – he did some repurposing too, changing the song to “Can’t Go Back” from Fleetwood Mac’s Mirage album.) Stevie’s track didn’t get singled out for attention – not with “If Anyone Falls” and “Stand Back” on the same album – and it looked destined to fall through the cracks. But the internet changed all that.

During a break from a 1981 Rolling Stone cover photo shoot, someone put on the demo track for “Wild Heart.” Stevie sang along, very free and easy, with her makeup artist Liza Jane and her backup vocalist and sister-in-law Lori Nicks joining in. The whole thing was captured on video, and uploaded onto YouTube in 2008.

That’s the version of the song people have latched onto. Numerous commenters talk about how often they come back to the video, and all the SoundCloud version below are covers of her candid outtake, rather than her polished title track. There’s just no forcing magic, and there was nothing forced about this performance. These covers conjure up some very special sparks of their own…

From the land of the midnight sun comes Susanne Sundfør, a Norwegian art pop musician whose tapestry of influences contains many, many threads, ranging from Carly Simon to Aphex Twin. Her live cover of “Wild Heart” stays very close to Stevie’s, to such a degree that it takes a few moments to determine that that’s not Stevie singing.

This is the one and only track Dead on Camera has on SoundCloud, and that’s a damn shame. Recorded “with a bottle of scotch and a one-dollar guitar” by Matt Haick and Brian Randazzo, “Wild Heart” sounds lovely on an acoustic, with just a few perfectly placed electric grace notes, and low male harmonies more soothing than aching.

“One night touring multi-instrumentalist singer-songwriter Justine [Bennett] played me that YouTube video,” says KCRW DJ Valida, “and I nearly fell over. That night, I didn’t let her leave my house until we recorded all the vocal tracks.” Good thing, too. With a few added beats and guitar parts, “Wild Heart” becomes a treasure yet again, bringing a beauty that’s somehow both smooth and propulsive.

“Silent gratitude isn’t much use to anyone,” said the writer GB Stern. The band Thank You Rosekind made that their M.O., setting out to use music as a means of expressing gratitude. After listening to their cover of “Wild Heart,” with its hypnotic drumbeat and hazy lyrics, you’ll agree that we’re the ones who should be thanking them.

No, TV’s Fish didn’t make this record before he died – this is the LA band Abe Vigoda we’re talking about here. Sounding a little like the Magnetic Fields’ Stephin Merritt fronting Suicide, they give “Wild Heart” a sound as clean as a dentist’s tools, and just about as ominous.

The one YouTube cover here, it’s also the one cover that takes on the finished track. That’s arguably a more difficult job that Matt Pond gave himself, as he had to strip away a lot more lacquer to get to the song’s magic. But he pulled it off so well, you’ll wonder why other artists don’t try taking on the officially released “Wild Heart.” (Pond did a pretty good job with Buckingham’s “Holiday Road,” too.)