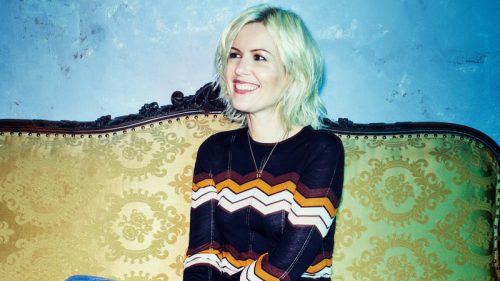 When Jason Isbell was asked to contribute a song to A Star is Born, after reading the screenplay he dug deep into his well of past demons to guess the struggles Bradley Cooper’s character Jackson Maine might have been going through. Drawing on his own path to becoming sober with help from his wife Amanda Shires, Isbell sums up the journey perfectly in 2:40 of near-perfect song: “I’m glad I can’t go back to where I came from / I’m glad those days are gone, gone for good.”

With the success of the movie and the return of the soundtrack to the top of the Billboard 200 charts following an Oscar win for best original song for Lady Gaga’s “Shallow” the spotlight beamed even brighter on “Maybe It’s Time.” Eddie Vedder has covered the song in concert recently, and Dido has validated her passport as she has been covering the song on her recent promotional tour in support of her first album in six years, Still On My Mind.

In a just released performance of the song for BBC 2, Dido is in vintage form as she sits in a studio with a couple of her band members  and delivers a heartfelt version that while it might not be as place in time poignant as Bradley Cooper’s, we are definitely reminded why we liked Dido in the first place.