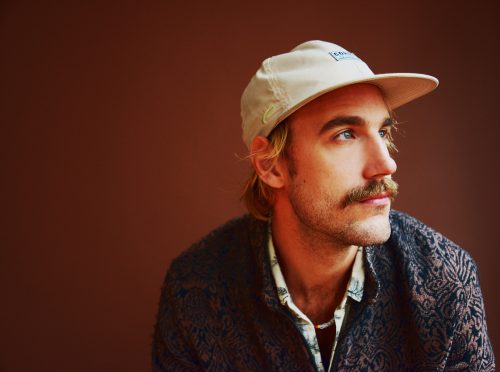 In his recent memoir, Wilco frontman Jeff Tweedy philosophized on how online streaming has changed the way artists get their inspiration. “Anyone can access any era of music at any time,” Tweedy wrote. “So instead of being influenced only by the recordings and generations of musicians most accessible and obtainable to study, musicians today can draw upon almost anything ever recorded.”

These sentiments rang especially true when I first heard Rayland Baxter’s 2018 album Wide Awake. Listening to the record is like taking a trip through Baxter’s musical education. One can detect elements of alt-country rock, blue-eyed soul, new wave, the solo works of various Beatles, all sung with the confidence of a ‘70s singer/songwriter at the Troubadour. Hearing all these musical styles smash together, it makes sense that he was able to cross four decades with two covers. During a recent performance at Paste Studios, he played songs by Neil Young and the late Mac Miller. He took two serious tunes from very different artists and reworked them in his own way to make them seem lighter and definitely more fun.

“Come Back to Earth” opened Miller’s 2018 album Swimming. Though Miller is classified as a rapper, the song is not something I would label as rap. With nary a breakbeat in sight, the song contains a soft guitar riff and keyboards. On the tune, Miller paints a rather bleak picture with his contemplative lyrics, which are especially haunting in the wake of his untimely death: “Sunshine don’t feel right/When you inside all day/I wish it was nice out/But it looked like rain/Grey skies and I’m drifting/Not living forever/They told me it only gets better.” With his cover, Baxter takes the song back into the Yacht Rock era, playing up the keyboard sound and adding a mellow, funky groove. In his interpretation, the track is more whimsical than Miller’s original. It feels like Baxter truly believes it “gets better.”

On Neil Young’s 1974 album On the Beach, “Vampire Blues” plays almost like a blues parody. Young uses vampire imagery to deliver an environmental message against the oil industry. Baxter drops Young’s preachy demeanor. Instead, he and his band make the song swing, like a hard-rockin’ version of a John Lee Hooker tune. Baxter even adds a bit of spoken word about blood sucking near the end, injecting a bit of humor.

We know Young has inspired many artists over the years, having just compiled a list of the Top 50 covers of his songs. Hopefully Miller’s work will live on in future covers too.

Click here to listen to the Top 50 Neil Young covers of all time!