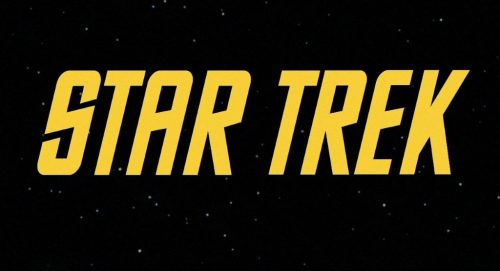 Beyond / The rim of the star-light / My love / Is wand’ring in star-flight / I know / He’ll find in star-clustered reaches / Love, / Strange love a star woman teaches. / I know / His journey ends never / His star trek / Will go on forever. / But tell him / While he wanders his starry sea / Remember, remember me.

Gene Roddenberry wrote those lyrics for the Star Trek theme. He never planned for anyone to hear them; it was a move designed solely to get a songwriting credit and 50% of the money generated whenever the theme was played. Alexander Courage, who wrote the music, lived up to his last name by confronting Roddenberry and demanding to know how he could justify cutting Courage’s paycheck in half. Roddenberry’s reported response: “Hey, I have to get some money somewhere. I’m sure not gonna get it out of the profits of Star Trek.”

Soprano Loulie Jean Norman was also a victim of cash-consciousness. She’s the one you hear vocalizing throughout the theme – but not for all three seasons. When the producers learned that her contract meant she’d get paid with every rerun, they took out her vocals and replaced them with other instruments. At least she was around long enough for a standup comic to say, “If I’m in bed with a girl and I can get her to sing the Star Trek theme, I figure I’m doing my job.”

Courage’s theme, along with Shatner’s narration, is now a well-woven in part of the cultural lexicon. Even cast members Leonard Nimoy and Nichelle Nichols have released versions of it. And, as you may have guessed, they’re not the only ones…

Brazilian guitarist Marcos Kaiser specializes in covering theme songs on his seven-string acoustic, and his YouTube channel showcases his magic. The most-viewed cover, recently passing five million views, is the Spongebob Squarepants theme, but his Star Trek cover is equally evocative, and equally demonstrative of his gifts.

Allow me a personal moment here, if you would. Last year I got married, and I chose The Posh’s cover of Star Trek for the recessional song. It was a little funny, a little meaningful, and it’s just so darn peppy. I’d chose it again in a Vulcan heartbeat. (242 per minute, don’t you know.)

Maynard Ferguson’s 1977 album Conquistador was the most successful of the jazz trumpeter’s career, earning him a Grammy nomination for his version of “Gonna Fly Now,” the theme from Rocky. His arrangement and performance of the Star Trek theme from the same album won him a lasting place in a different area of popular culture when Larry King chose it as his radio theme.

You can’t say that Van McCoy slowed down to bask in the success of 1975’s “The Hustle.” He released two more albums that year and three the year after that. One of those latter three was called The Real McCoy (and really, why hadn’t that title been used before?), which allmusic.com says is “so dated you can almost feel the shag carpeting under your feet.” If you’re looking for a disco-influenced Star Trek theme, look no further.

Leave it to Jack Black and Kyle Gass of Tenacious D to come up with a Star Trek cover that not only uses Roddenberry’s lyrics, but makes them seem like a natural fit. Appearing on a Nerdist.com podcast, they give a fairly dynamic performance, with Black’s final high note both mocking and strangely beautiful.