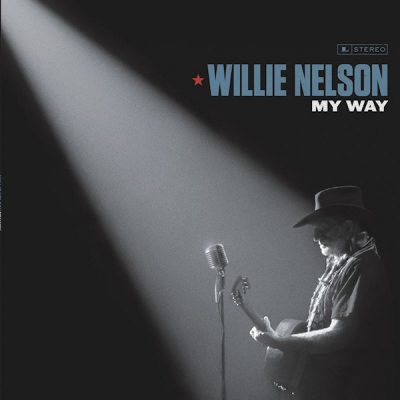 This year, The Avett Brothers and country stalwarts Asleep at the Wheel teamed up for a tribute song to Willie Nelson entitled “Willie Got There First.” The artists lament that every time they try to take a new tack on love or loss, they discover the Red-Headed Stranger has beaten them to the punch. As if on cue, the same day their album with “Willie Got There First” came out, Nelson dropped a new record of his own, a collection of standards titled My Way. The album was billed as a tribute to Frank Sinatra, but, really, it was a continuation of Nelson’s long tradition of reinterpreting the Great American Songbook. After country-cabaret renditions of classics like “Summer Wind,” “One for My Baby (and One More for the Road)” and “Blue Moon,” he signs off reminding the listener what we already knew: that he indeed did it all his way. – Curtis Zimmermann 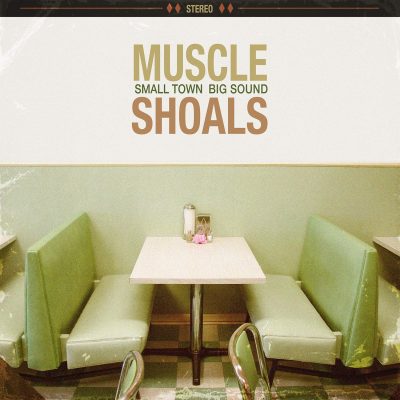 Muscle Shoals: Small Town, Big Sound features covers of a wide array of tracks originally recorded in the famed Muscle Shoals studios, and there is not a bad song on this exquisitely produced record. “Gotta Serve Somebody” from Bob Dylan’s Slow Train Coming features a golden quartet of Jamey Johnson, Willie Nelson, Lee Ann Womack, and Chris Stapleton. “We’ve Got Tonight” is a true-to-form rendition by Chord Overstreet, notable if only to serve as a reminder that Bob Seger’s Stranger In Town was recorded at Muscle Shoals. Alison Krauss’s version of “Come and Go Blues” by The Allman Brothers – who recorded there so often they were only one step away from the Swampers as a Muscle Shoals house band – is pretty much worth the price of admission alone. – Walt Falconer 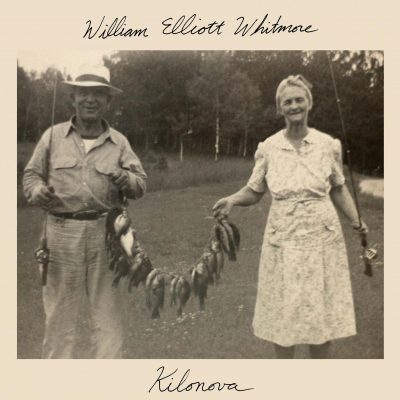 A kilonova is an astronomical event when two neutron stars, or a neutron star and a black hole, merge into each other, creating something new and different while retaining the elements of the original. William Elliott Whitmore’s aptly-titled Kilonova is an album of covers of mostly lesser-known songs by artists ranging from Dock Boggs to Bad Religion, Captain Beefheart to the Magnetic Fields. Whitmore creates novel covers by simplifying the arrangements and slowing down the tempos of the originals, without eliminating whatever drew him to the song in the first place. Whitmore is 40, but he has always sounded like a much older man, with a deep, soulful voice that gives everything he sings a certain gravitas. Think Johnny Cash at his most apocalyptic. Kilonova is a deeply personal document illuminating how Whitmore’s influences have led him to create his distinctive music. – Jordan Becker 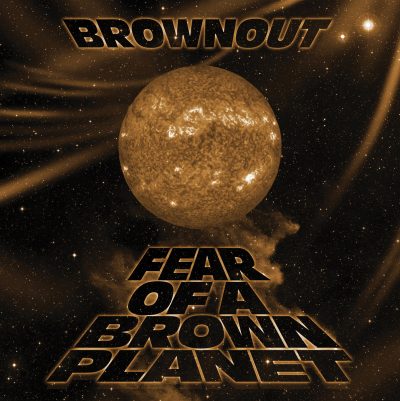 17. Brownout – Fear of a Brown Planet

Many artists try to cover rap songs, and few succeed. Fewer still succeed at covering them when eliminating rap music’s defining characteristic: words. Many hip-hop tracks, sans rhymes, are just one or two beats repeated. Plenty vibrant with the right MC rhyming over them, but monotonous with that key element removed. Latin instrumental funk collective Brownout, though, are up to the task. For starters, they picked the right album, a Public Enemy classic packed with enough sounds and samples and beats to keep things moving even without Chuck D, Flavor Flav, and the rest. This nine-piece band added Spaghetti Western guitar solos, garage rock energy, and even some new samples of their own. Adding a bit of a Killer Mike speech to “Fight the Power” feels right in the Bomb Squad spirit. – Ray Padgett 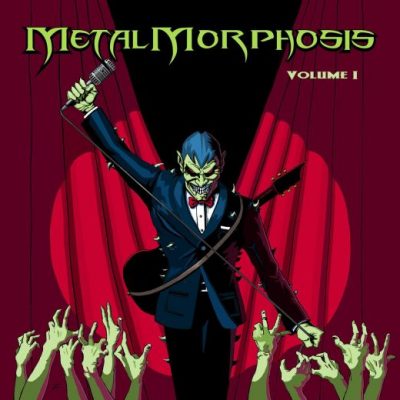 The power trio known as MetalMorphosis may be based in Portland, Oregon, but their cross-genre covers record MetalMorphosis: Volume 1 is loaded with pure British steel. The album is a collection of standards, recorded in the style of the great British metal bands of the late ‘70s and early ‘80s. It also includes homages to the likes of Led Zeppelin, Dio and England’s loudest band: Spinal Tap. The album includes fully-metalized versions of such classics as “Night and Day,” “Luck Be a Lady,” “Food Glorious Food,” and “My Favorite Things.” It’s enough to turn your straight-laced, show tune-singing grade school music teacher into a fist-pumping metalhead. Here’s hoping we get Volume 2 sometime soon. – Curtis Zimmermann 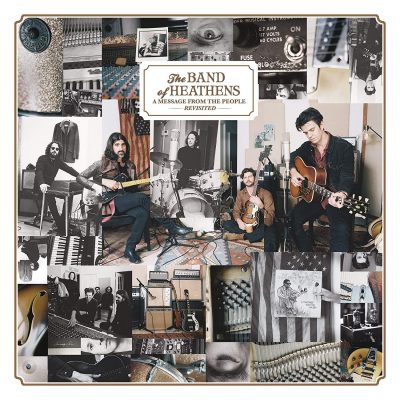 15. The Band of Heathens – A Message From The People Revisited

When delivered with passion and just enough reverence, a track-for-track covers album reimagining an iconic album by one artist’s musical hero can result in an intoxicating listen. Americana group The Band of Heathens manage just that with A Message from the People Revisited, a timely tribute to the Ray Charles record A Message from the People, originally released in 1972. With every song channeling the passion on the original album, songs like “Hey Mister,” “There’ll Be No Peace Without All Men as One,” and “Lift Every Voice and Sing” resonate still as if the news was ripped from today’s headlines. And, if there was ever any question that these guys were sincere about their love for Ray Charles and this album, the stunning closer “America the Beautiful” answers the question in glorious style. – Walt Falconer 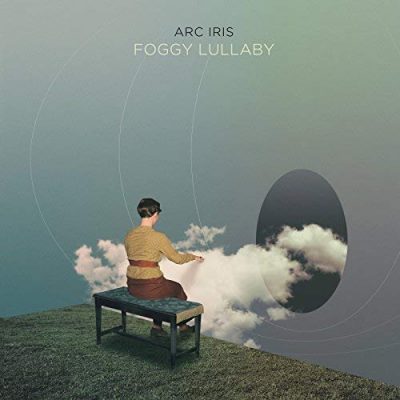 “If you don’t change,” Joni Mitchell said in an interview, “they’ll get tired of you. You have to change.” Providence’s Arc Iris take that quote and sample it throughout the manifesto of an opening track for Foggy Lullaby, which they call a reimagination of Mitchell’s Blue album. That’s just what this album is, seeing Mitchell’s deeply personal album as a world to explore, to bend and resequence and reshape with electronic grooves. The backing has the experimentalism of Brian Eno and Laurie Anderson, and when married to Mitchell’s interview snippets and her lyrics, as expressed by Jocie Adams, the results are truly mind-opening. This is an album that has changed so much of what we know deep down when we hear the original Blue, that there’s no way we can get tired of it. – Patrick Robbins 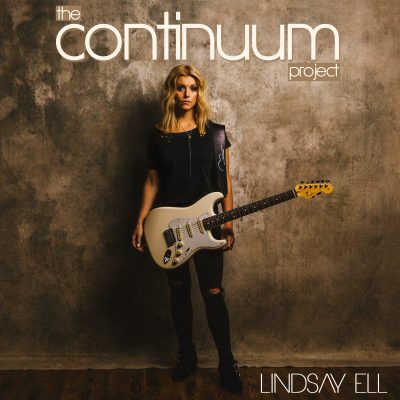 To ensure her guitar chops were at the peak of their powers while getting ready to record her 2017 solo debut The Project, country singer Lindsay Ell practiced by playing along with her favorite record: John Mayer’s 2006 album Continuum. But when she decided to record her version, she didn’t just stick with guitar. With the self-imposed rule that she would play every instrument, the result is a laid-back J.J. Cale style treatment that, song for song, offers a bit more nuance than the original without straying too far from the core DNA. – Walt Falconer 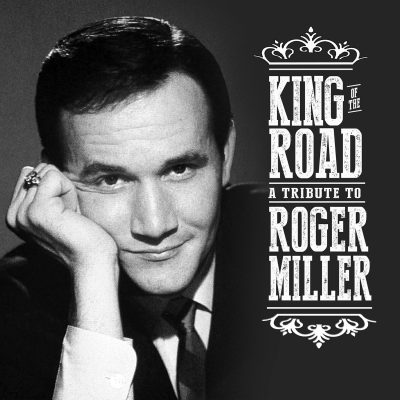 12. Various Artists – King of the Road: A Tribute to Roger Miller

This all-star country tribute features many obvious choices, from young guns to old hands. Kacey Musgraves, Eric Church, Dolly Parton, and Willie Nelson all deliver the expected wonderful performances. But some oddballs worm their way in too. Toad The Wet Sprocket? Cake? Actor John Goodman?? Whether staying faithfully in the old-time tradition or modernizing bits here and here, the performers mostly deliver the goods. A stroke of true inspiration ties this sprawling set of covers together, too: periodic interstitial bits of banter from Miller himself. His slap-your-knee and roll-your-eye jokes bring a dose of Hee Haw to the Grand Ole Opry. – Jane Callaway 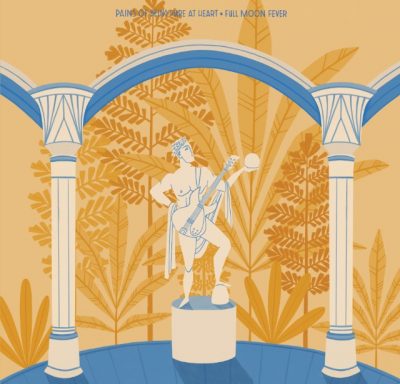 11. The Pains of Being Pure at Heart – Full Moon Fever

2018 saw much of musicdom sorting its way through the ashes & dust and back to the surface of a world without Tom Petty. Many artists came to grips with Petty’s passing by letting him go. The Pains of Being Pure at Heart took a different tack, releasing his spirit by getting a grip on his Full Moon Fever album. This is a tribute album that serves as a real tribute; TPOBPAH respect and admire TP, and that comes across strongly in these tracks. Nobody here’s out to make people forget Tom Petty; they’re out to make people remember him. (Frankly, I’m also happy to hear the album without Jeff Lynne’s production, but perhaps that’s just me.) – Patrick Robbins