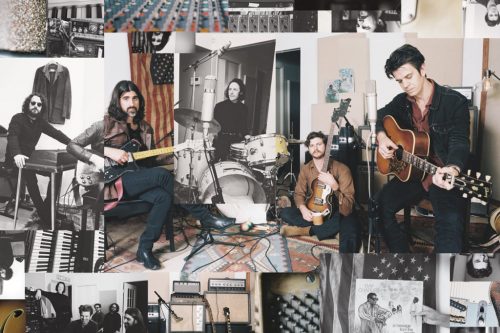 When delivered with passion and a reverence for the record being covered, a track-for-track covers album reimagining an iconic album by someone’s musical heroes can result in an intoxicating listen. Norah Jones and Billie Joe Armstrong mined this territory on 2013’s Foreverly, an album paying tribute to the Everly Brothers’ Songs Our Daddy Taught Us. The Walkmen took the format to the next level, inhabiting the very essence of the John Lennon-produced Harry Nilsson cult classic Pussycats with Pussycats Starring The Walkmen. And now, in 2018, the Austin-based Americana group The Band of Heathens have delivered A Message from the People Revisited, a timely tribute to the Ray Charles record A Message from the People, originally released in 1972.

The highlight of this album is “Abraham, Martin, and John.” The song, written by Dick Holler and originally recorded by Dion to pay tribute to assassinated historical icons Abraham Lincoln, Martin Luther King, John F. Kennedy, and Robert Kennedy peaked at number 4 in the U.S. in 1968 and reached number 1 on the Canadian RPM chart. Given the popularity of the song along with the social climate of the time, several versions followed in short order including stellar renditions by Smokey Robinson & The Miracles, Marvin Gaye, and, of course, Ray Charles.

The newly released Band of Heathens version of the song is exquisite. Starting out fairly straightforward with a piano and vocal opening remaining true to most other renditions of the song, the subtle introduction of the organ about a minute into the proceedings is where the true character of this one takes shape. As a crescendo starts to build and the string arrangements kick in with the talents of Colin Brooks, Gordy Quinn, and Ed Jordy all laying down subtle background harmonies, the result is an ageless song playing itself forward in a time when it is sorely needed.