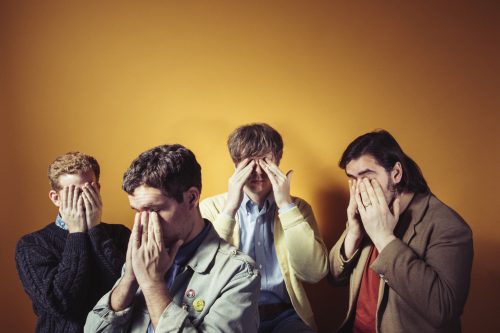 Are we undergoing a Trans-aissance? Neil Young’s least-loved album (which is saying something) – the one where he tried his hand at electronic music, the one where he got sued by his own label – may finally be on the verge of redemption. Last month, Danish producer Trentemøller covered the album’s “Transformer Man” and now indie-rock favorites Parquet Courts have tackled “We R In Control.”

“I’m a big fan of whenever an artist does something different from what they’re known for – for instance, Bob Dylan’s gospel/Christian period,” writes Parquet Courts’ Austin Brown. “And I have a similar affection for Neil Young’s electronic record Trans. This is my favorite song off it. We actually started it during the Human Performance sessions where we were trying to do something different as a band too, so it seemed kind of appropriate.”

Listen to Parquet Courts’ take on “We R In Control” below and see if it makes you want to give Trans another try.