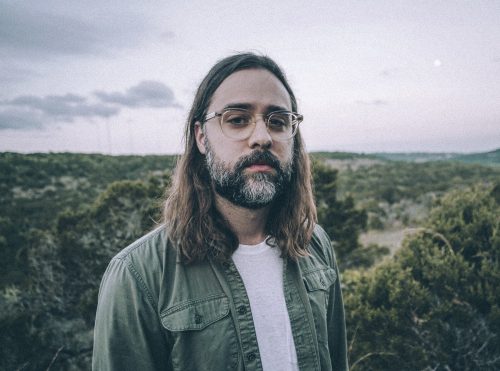 Curtis Roush, the singer/guitarist for the Austin-based band The Bright Light Social Hour, cites a laundry list of musical influences on his website. They include: ‘70s album rock, heavy metal, classic rock and hardcore. Yet, when we asked him about the inspiration for his recent solo cover of Sade’s “No Ordinary Love,” he named the British Nigerian singer as a favorite. “Her singing, songwriting, and surrounding production have been a huge influence on my solo music,” he told Cover Me. “‘No Ordinary Love’ is mysterious and soothing, but also has this very deep, almost heavy quality to it. I strive for a similar balance in my own music.”

Fans of ‘90s pop culture likely associate the song with Sade’s underwater mermaid makeout video. Or its inclusion in the 1993 Razzie-nominated film Indecent Proposal where Woody Harrelson sells his wife, Demi Moore, to Robert Redford for a pile of cash. But Roush’s early memories of the tune are a bit more G-rated. “I first heard it in my mom’s car when I was a kid, probably while getting dropped off at school or Cub Scouts,” he said. “All that quiet storm and ambient R&B of the early ‘90s was some of my favorite music then and still is. I’d make cassette dubs of the radio and listen to them while drawing in my bedroom.”

With his five-minute cover, Roush turns Sade’s slow jam into a spacey piece of blue-eyed soul. He keeps the groove and tempo from the original largely intact, but replaces the keyboards with some funky guitar. Perhaps the most striking part of the tune is the outro where he calls out “I keep trying for you/I keep crying for you/I keep flying for you,” again and again, reminding you just how narrow the line is between love and absolute heartbreak.

Roush recorded the cover and the accompanying video live in the The Bright Light Social Hour’s studio, Escondido Sound, just outside of Austin, Texas. “I recorded Cosmic Campfire Music [his 2017 solo album] totally by myself,” he says. “I’ve since put together a band for performing it all live, and I really love what everyone’s bringing to the sound. The live studio session gave me an opportunity to show off this new band — Edward Braillif on synths, Bo Tyler on guitar and vocals, and Bryan O’Flynn on drums.” No mermaid costumes or indecent proposals needed.