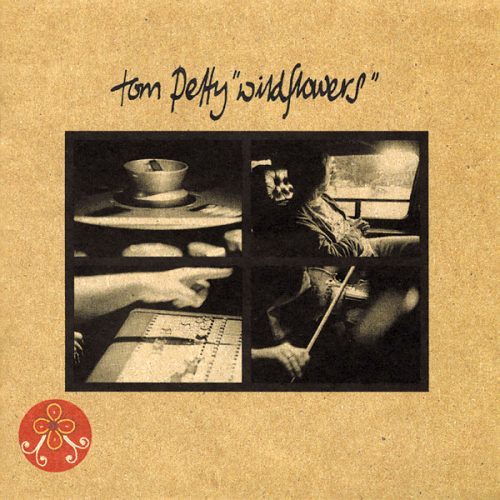 So, to quote a band Petty revered as much as any musician, we got by with a little help from our friends. Two of the below songs are exclusives recorded just for this, the first covers – the first good covers, at any rate – of several lesser-known gems. Having songs like this sneaking under the mainstream radar is proof that Petty was, in the end, an album artist as good as they come.

I’m a sucker for a cover that veers in a wildly unexpected direction, but sometime it’s enough to perfect a song in its natural element. That’s what the Wailin’ Jennys did just last year, bringing mandolin, fiddle, and gorgeous harmonies to one of Tom’s most beautiful ballads. When Petty wrote “Wildflowers,” I imagine this was the sound he had in his head.

Liz Huett – You Don’t Know How It Feels

This one’s even more recent; Huett released this in January. Huett brings light electronic touches to her version, but nothing so intrusive it obscures her voice. It’s one of the best tribute covers to emerge in the year since Petty’s passing.

The War on Drugs – Time to Move On

The War on Drugs’ Adam Granduciel gets compared to Petty more than any popular indie-rock artist today, so count on him to pick a choice deep cut. And count on him to nail it. At several live shows in the weeks following Petty’s passing, the War on Drugs brought a nostalgic wash of sound to a tender and understated “Time to Move On.” I wish they’d put it to tape. Maybe your next Spotify session, guys?

The Wood Brothers – You Wreck Me

George Strait has been covering this one in his sets for a few years now. This comparative hard-rocker would not have been my first guess for Wildflowers songs he might select, but he does a fine job. However, the cowboys that really ride away with this one are the Wood Brothers. Playing only upright bass, resonator guitar, and “shuitar” – a beat-up guitar that’s been Frankenstein-ed into a percussion instrument – the Americana trio strip “You Wreck Me” down to its melodic and harmonic elements.

Emily Greene eschews the folk-rock world entirely on her electronic cover, adding drum machines and synth flourishes to her cover. This EDM slow-burn sounds like the comedown at the club, the song playing at the end of the night as patrons trickle out.

Whitehorse – Only a Broken Heart

The Canadian Americana (Canadicana?) duo Whitehorse have their second set of blues covers coming out soon, but after Petty passed they took a turn away from Slim Harpo and Jimmy Reed to cover a song almost no one else has covered.

To promote Wildflowers in 1994, Tom Petty and most Heartbreakers took to Saturday Night Live with a special guest drummer: Dave Grohl, the same year he founded the Foo Fighters. They played “You Don’t Know How It Feels” and “Honey Bee.” How appropriate that for a tribute concert only months before Petty passed, Grohl returned to the latter song, this time stepping to center stage to front the band himself.

George Stanford – Don’t Fade on Me

Not many covers of this one either, but we only need one, and George Stanford nailed it. The Los Angeles singer-songwriter adds an impassioned delivery and plenty of guitar reverb to a cover that sounds like a Tom Petty twist on the Pixies’ old loud-quiet-loud formula.

Barely any covers of this one, so we’ll go with YouTube user lennonscat’s sensitive acoustic performance. Why the cover image is a creepy Slenderman drawing is anyone’s guess. If any other musicians seek an under-heralded Petty gem to take on, I point you to “Hard on Me.”

The Gibson Brothers – Cabin Down Below

Raleigh bluegrass band the Gibson Brothers take on one of my favorite Wildflowers deep cuts. The song seems so tailor-made to the bluegrass genre, I actually re-listened to the original to confirm they weren’t simply ripping off Tom’s original arrangment. Nope; the two sound little alike. Maybe “Cabin Down Below” was a bluegrass song all along, and Tom just didn’t know it.

Like The War on Drugs, Josh Tillman is a big enough Petty fan to dig out a choice deep cut in the days after Tom’s passing. This contemplative ballad works beautifully as a eulogy song, and doubly so with Tillman’s emotional singing.

Garden on a Trampoline – A Higher Place [Premiere]

The first of two premieres! It’s the rare musician who can ably knock out a Tom Petty cover and a DEVO cover, but James Laczkowski was up for it. James says:
Tom Petty was one of the all-time greats. My dad was responsible for introducing me to him along with The Traveling Wilburys, at a young age. From listening to a greatest hits collection to checking out ‘Into The Great Wide Open’ at the local library, I immediately became a fan. I even started to recognize the drum sound on that album was akin to E.L.O. hence the Jeff Lynne connection, another songwriting hero. Petty was one of the most consistent songwriters and performers of our generation, and ‘Wildflowers’ is a tremendous example of his craft and ease. It is one of those flawless “comfort food” records, and it was an honor to provide my take on “A Higher Place” in a more subdued, folky manner for this collection!

Now that’s a concert I would have enjoyed seeing: a full tribute to Wallflowers, with Patrick Thomas & Friends knocking out every song one night in 2010. Luckily, someone captured a few songs on YouTube, including a ramshackle “House in the Woods” that sounds like something off a choice Band bootleg.

Justin Vernon – Crawling Back to You

I saw Petty live once, in 2013. It was one of a handful of special NYC/LA shows where he and the Heartbreakers only performed deep cuts. No “Refugee,” “Free Fallin’,” or “Mary Jane’s Last Dance” here (they did stick “American Girl” into the encore to appease attendees who bought tickets without realizing the conceit). I admit at the time I didn’t actually know many Petty deep cuts, but seeing him roar through “A Woman in Love” and Dylan’s Traveling Wilburys gem “Tweeter and the Monkey Man” made me a convert. My favorite song of the evening, though, was “Crawling Back to You.” I couldn’t believe it wasn’t a big hit. Still can’t. Bon Iver’s Justin Vernon apparently feels the same way.

Premiere number two! Crosby dug into the Carpenters catalog for our tenth-birthday compilation, and he returns a year later with a gorgeous deep-cut Petty cover. Piano and layered vocals showcase Petty’s songwriting – and Crosby’s wonderfully emotive voice. He says:
My obligatory teenage infatuation with ‘Wildflowers’ was deep but not very thorough apparently, because “Wake Up Time” stayed mostly off my radar until years later. Now it strikes me as beautifully and brutally honest — a person in mid-life calling himself out on his isolation and insecurity. And maybe the idea that it’s “wake up time” is wishful thinking but I hear something very hopeful in it. A pretty fascinating window into Petty’s mind.

Find many, many more Tom Petty covers in our archives. We miss ya, Tom.