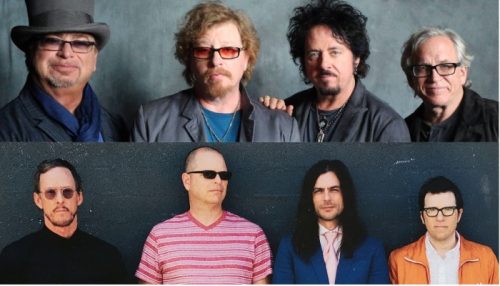 The saga began last year when an adoring fan implored Weezer to cover Toto, blowing up the internet when Weezer covered “Africa” – and had their biggest hit in years. In response to Weezer, Toto have returned the favor and covered…”Hash Pipe”??? “We figured since we were smoking hash since before they were born, that’s the one we should do,” explains Steve Lukather introducing their version of one of Weezer’s most divisive singles.

Toto stays largely faithful to the original. Vocals and instrumentals are spot on, with all of the well known bass lines and riffs exactly as they should be; it’s the youngest these classic-rock mainstays have sounded in years. The one moment that really screams “Toto’ is the short but sweet instrumental solo. For just a few moments, you can hear them put their small ’80s stamp on a very well known rock hit.

“We wanted to do it justice,” said Lukather. “We wanted to do our thing, but still pay respect to itAnd we added a couple of our kitschy little things to it, which I hope that they laugh at”.

Update 8/8: Toto have released their official studio version. Hear it below.