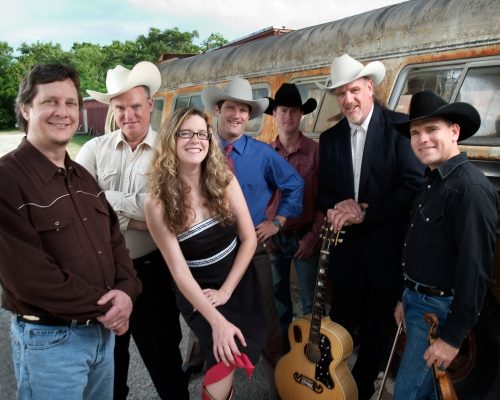 In the mid-’80s the song began to resurface, first when Nick Lowe and His Cowboy Outfit covered it on 1985 album The Rose of England. In the ensuing years, it has been covered by a numerous artists such as BR5-49, Brian Setzer, Bryan Adams, Bruce Springsteen and the Chris Robinson Brotherhood.

Adding to this resurgent legacy are country stalwarts Asleep at the Wheel who recently released a new version of the track from their upcoming album New Routes. The song is ideal for the group since they have made a name for themselves playing old school country, rock and western swing.

For this cover, the band largely sticks to the sound of the original. Nothing particularly groundbreaking – just loud, feisty rock n’ roll the way it was meant to be played. They discovered what all the other artists who have dusted it off have found: “Seven Nights to Rock,” with a hard-driving beat and lyrics of wild abandon, is simply a lot of fun. Even if nobody knew it back when the song came out.

Click here to listen to more Asleep at the Wheel covers.