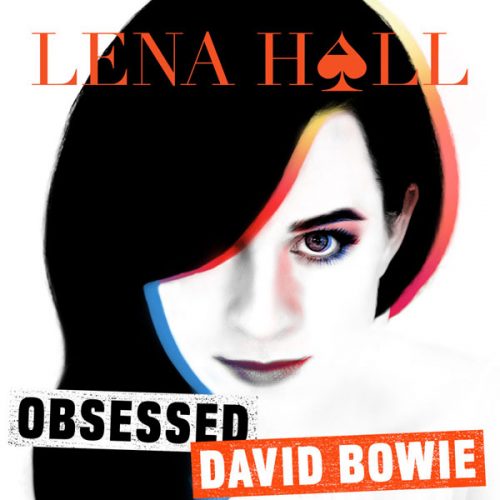 In her monthly EP series of “stripped-down, vocal-intensive” covers called OBSESSED, the Tony-winning and Grammy-nominated Lena Hall tackles a different artist every month. With August comes David Bowie, and she kicked things off with “Rebel Rebel.” When we interviewed her in June, she named Nirvana’s “The Man Who Sold the World” one of her favorite covers ever, and with five new Bowie covers coming this month she aims to live up to that high bar.

The San Francisco born actress/singer/songwriter has nearly twenty years of big name stage work to her credit and received accolades for Hedwig and the Angry Inch. The OBSESSED series has so far included this year tributes to Hedwig, Peter Gabriel, Elton John, The Cranberries, P!nk, Radiohead, and Jack White. She playfully claims to have known about Bowie “probably since the womb” and cites as her inspiration his style and ahead-of-its-time gender-bending. She believes – tongue-in-cheek – that Bowie is currently “off in space, doing spaceman things, and inspiring the space aliens.”

The simple arrangement here is comprised only of Justin Craig’s acoustic guitar on the iconic riff, Matt Duncan’s bass, and Hall’s high voltage vocals. Don’t be fooled by the easy-like-Sheryl-Crow “Do, do, do, do’s;” Hall’s well trained but gritty, Broadway-meets-rock, voice is at once subtle and powerful.

Read our interview with Lena Hall about her own favorite cover songs here.