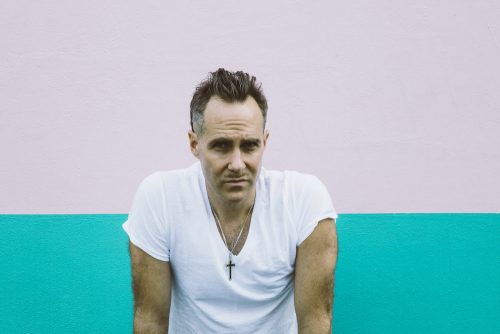 The album is a lot of fun – fun is the last word one would apply to the previous album – and it’s been a thrill to see Pearson re-emerge from hibernation. Not least because with every rare album cycle he delivers some knockout covers. Last time around it was “Rivers of Babylon” and a stunning Christmas EP.

And this time he’s delivered his reinvention of a new Depeche Mode song with, we must say, an excellent title: “Cover Me.” His version hearkens back to that first solo album, just Pearson crooning over an acoustic guitar. Pretty much every tentpole you might associate with a Depeche Mode song has vanished. You wouldn’t even swear Pearson ever listened to the original song, and the cover is the better for it. The man has some experience with Depeche Mode covers; back in 2011, he performed a similarly dramatic reinvention of “Enjoy the Silence.” It sounds nothing like Depeche Mode – and everything like Josh T. Pearson.

We’re thrilled to premiere Pearson’s new “Cover Me” cover below. Let’s hope he has a few more songs to sing before he disappears again.