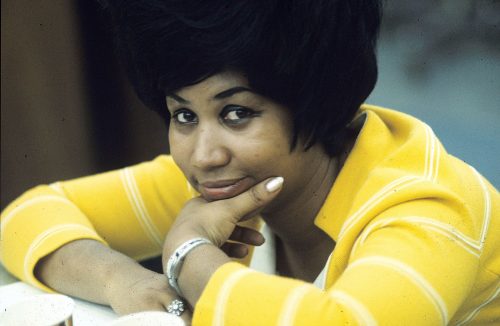 In 1998, the British music magazine Mojo polled 175 singers to determine the greatest singer of all time. Aretha Franklin was the winner, which in and of itself was not wholly unexpected. What was unexpected, the Mojo people told its readers, was the degree to which she ran away with it. According to Aretha’s peers, Frank Sinatra was a very distant second. Everybody knows of her famous demand for R-E-S-P-E-C-T, and in the hours that followed her passing, everyone would learn that she got it, and that she truly deserved it.

Aretha – one of the few celebrities whose last name is well known but thoroughly unnecessary – was remembered across the internet with hundreds, if not thousands, of clips of her performances. Here are just a few cases where she really excelled.

Aretha’s sixth album, Unforgettable: A Tribute to Dinah Washington, came out in early 1964, less than two weeks after she recorded it. A month shy of 22, she paid respect to one of her influences with assurance and originality, willing to take the songs where the spirit moved her. This early television appearance showcases her skills as a piano player, not to mention the joy she feels in the music – that smile would soon be lighting up the world.

I was struck by the similarity of these two clips. Both begin with a brief interview with Aretha and a childhood friend of hers who went on to fame and fortune of his own in the music world. The comfort she feels with both Smokey Robinson and Billy Preston is palpable, and perhaps it plays a part in what follows, as she and her partners perform beautifully.

By now the story has become part of Grammy lore. Luciano Pavarotti was due to accept a lifetime achievement award and perform his signature aria, Puccini’s “Nessun dorma.” But a sore throat sidelined him, and Aretha stepped in at the last moment to blow the world away. Well, the legend just might not be the fact. Showbiz 411 says Pavarotti was being petulant, not ill, in his refusal to perform a planned duet with the Queen of Soul. Fortunately, Aretha had studied his part as well as hers, and for one night she was the Queen of Opera as well. It’s funny – when presenter Sting claims “there’s no greater thrill on Earth for me than to be in the audience witnessing a Pavarotti performance,” you just know that everyone in the audience is thinking that they’ve just experienced a greater one.

In 1998’s Divas Live telecast on VH1, Aretha steamrollered over all the other divas who were singing Carole King’s hit “(You Make Me Feel Like a) Natural Woman” with her (read more about it here). That included King herself, who would’ve had every right to be bitter about the experience. But there was no bitterness to be seen the night King was a Kennedy Center honoree eighteen years later, and Aretha performed the song again, this time front and center where she belonged. King flipped her lid, President Obama shed a tear, and by the time Aretha shed her fur coat, everyone knew that the seventy-three year old was still, and forever would be, the Queen of Soul.

One Response to “In Memoriam: Aretha Franklin”