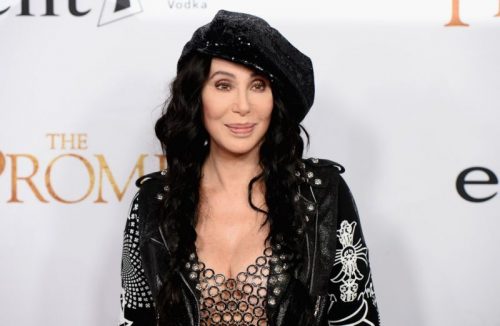 Having been working for a mind-boggling six decades, Cher is set to release an album of ABBA covers called Dancing Queen in September. The ear-worm classics “Dancing Queen,” “Waterloo,” and “Fernando” are all present and accounted for, along with some deeper cuts like “One of Us” and “Chiquitita.” It’s a quick and canny follow-up to her appearance in the sequel Mamma Mia! Here We Go Again. In the movie, Cher appears as the mother of Donna, the matriarch played by Meryl Streep where she sings “Fernando” to Andy Garcia and pops up again with the entire ensemble on “Super Trouper.”

The first single released from the new all-ABBA record is “Gimme! Gimme! Gimme! (A Man After Midnight)” a song from ABBA’s 1979 L.P. Voulez-Vous. Produced by Mark Taylor, who previously produced Cher’s hit “Believe,” the dance-floor vibe never strays too far from the original version. Cher’s vocal chops take a back seat of the arena bombastic in all the right places. The disco flight pants in the back of your closet will be begging to come out and play after a few spins.