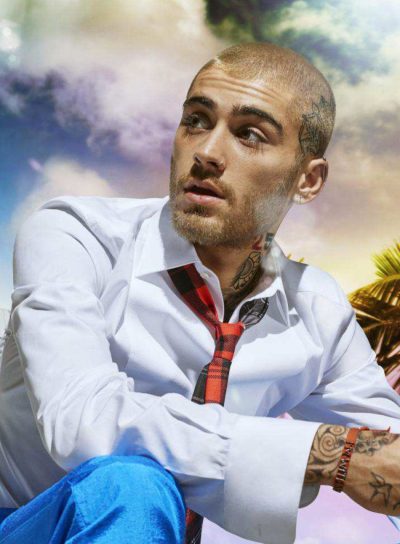 Three hours after we posted our Best Beyoncé Covers Ever countdown last month, Zayn Malik released a terrific version of “Me, Myself, and I” (it came at least in time for our Best of June list). Luckily, his new Elvis cover arrives before any best-Elvis-covers ranking – because it would surely rank high.

Zayn’s former One Direction bandmate Harry Styles has made notable rock moves since the boy band’s hiatus, having a genuine hit with a song that sounds like ’70s rock radio. So Harry covering Elvis would not surprise (frankly, judging by the number of “Styles Channels Elvis with…” headlines in the past year, it’s shocking he hasn’t). But Zayn Malik displays less overt affinity for rock and roll, which makes his new “Can’t Help Falling in Love” cover more surprising – and also, probably, better.

This “Can’t Help Falling in Love” makes no concessions to the rock crowd. Zayn’s solo work has often trafficked in sensual, slow-burn R&B, and he keeps that vibe intact here. It’s a powerful, radical reinvention of an unlikely song. Whether you loved, hated, or tried your best to ignore One Direction, this cover is worth your time.