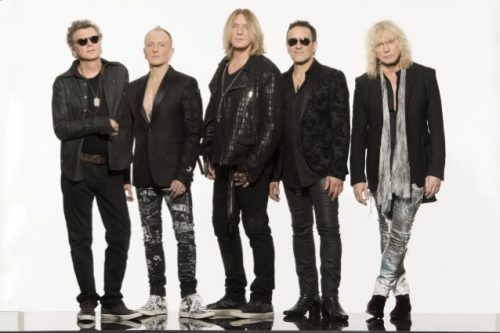 The Depeche Mode song “Personal Jesus” was originally recorded and released on their 1990 album Violator. Although it was a mid-level hit, reaching number 13 on the Billboard 200, the bluesy rhythm of the song was a bit of a departure for the die-hard fans. The Mona Lisa of cover versions of the song is, of course, the Johnny Cash rendition that appeared on the Rick Ruben produced American IV: The Man Comes Around, and Sammy Hagar then gave the tune some rock&soul on 2013’s Sammy Hagar and Friends. A personal favorite, the surf guitar version by Los Banditos could fit in quite nicely in any Quentin Tarantino movie.

And now, Def Leppard has recorded  “Personal Jesus” for a two-song Spotify single (“Hysteria” is the other track). Their take on “Personal Jesus” is a passion-project affair with Joe Elliott singing the song as if he wrote it. The vocals are turned up a bit more in the mix than the Martin Gore original version which is a good thing especially if you are a Def Leppard fan. While sticking to the original template, they put a glam rock touch on the arrangement in just the right places.

One Response to “Def Leppard Covers “Personal Jesus” for Spotify”