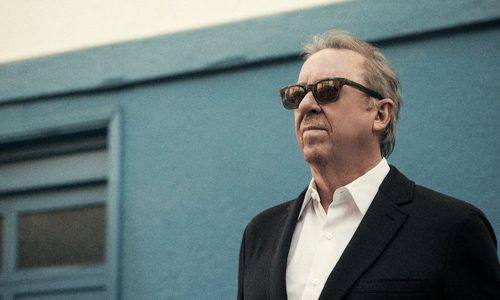 With the upcoming release of his album, Out of the Blue, Boz Scaggs, the artist that taught you how to do the “Lido Shuffle” on Silk Degrees and then took you Down Two, Then Left on his next album, is back. The album completes the soul/blues/rock trilogy mixing eclectically cool cover songs and soulful originals that began with Memphis in 2013 (which includes perfectly executed versions of the Mink DeVille classics “Mixed Up, Shook Up Girl” and “Cadillac Walk”) and was followed up with 2015’s A Fool to Care (master-class covers of Al Green’s “Full of Fire” and Curtis Mayfield’s “I’m So Proud”).

With Out of the Blue, the honeyed sound of sweet soul music continues, the Bobby “Blue” Bland cover “I’ve Just Got To Forget You” emerging as a stone-cold standout. On his rendition of the song, Scaggs gives the same full-throated, angst-ridden belter that Bobby Bland delivers on the iconic album Two Steps From the Blues, a critically acclaimed record that is widely considered to be an electric blues touchstone. The arrangement lovingly never strays too far from the original, with the horns delicately placed in the right place, at the right time. The production is so spot-on that, if you did not know the difficulties of time travel, you would swear that the two versions of the song were recorded in the same studio by the same musicians.