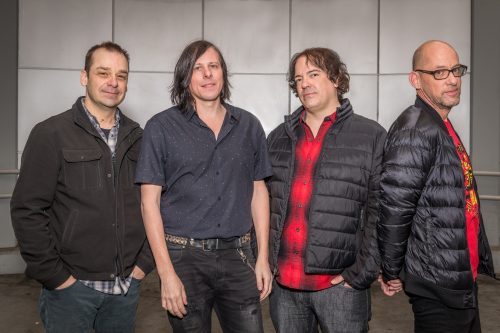 And now, join Ken and Jon as they lead you on a guided tour through their cover-song collections…

Ken says: “I love the drama in Elvis’ voice, the fact he turns the song into a waltz. It’s a brilliant reimagining of the song. This was an obscure b-side for some time – thank you internetz!!!”

Isaac Hayes – Something (The Beatles cover)

Ken says: “This is just insane. A production tour de force. Time-stretching George Harrison’s barely three-minute original into a nearly 12-minute mind-blowing freak fest. Yes, there are truncated nine-minute-plus versions released, but skip directly to the full Monty – it’s worth it! I love the jazz violin; it’s such an unexpected touch.”

Ken says: “Paul Mauriat’s pleasant … er, super depressing theme for unhappy Stepford wives everywhere was the biggest song of 1968… yup… there were more steadily-drinking-themselves-into-oblivion-bored-housewives locked out of and watching the hippie free love hairy armpit freak fest from the sidelines than you could ever imagine and this was their theme muzak. Meanwhile, the Dells managed to burn off the passivity of the original composition and distill it down to the most important part: Pain. And Passion. In their hands it becomes a dazzling blue flame of disillusionment and telling us just how fucked it is. Um… these were black Americans in 1969. They knew. The rainbow is gone.”

Ken says: “We all know Jimi Hendrix’s first gig outside of the UK was opening for France’s biggest rock icon, right? So, who nipped this from who? I am not a fan of all of Johnny’s work, but he hits all the right moves on this one.”

Ken says: “R.E.M. meant so much to me at this time that the arrival of Lifes (sic) Rich Pageant to the 17-year-old me was akin to what the arrival of The Empire Strikes Back was to the 10-year-old me. It (partially) completed a picture of a mysterious & exciting & exotic world that I so would rather have been living in, as opposed to the dreary Northwest small town that was my current reality (in both cases). Pageant was the first (mildly) user-friendly R.E.M. album and ‘Superman’ was part of a short-lived R.E.M. LP tradition of including a cover culled from, I reckon, Peter Buck’s former cool-guy-behind-record-store-counter life. You could tell this album was banged out between tours by a band that was in the prime of its youth and power; we didn’t have any reason to believe that ‘our’ band would become the World’s Biggest five years later…and if I knew I’d be joining them a dozen years later, my brain would have oozed out of my ears on the spot.”

Jon says: “There’s some undeniably incredible slow jam fuzz represented here; killer guitar and vocals to boot. I’m a huge fan of the original Seals and Croft version, but this takes it to another level and direction.”

Jon says: “I mean…duh. It’s hard to go wrong with a gift like Jeff possessed. In terms of male voices, I’m hard-pressed to think of one more sonorous sounding than his. As Bill Murray’s character Carl says in Caddyshack: ‘Striking.'”

Jon says: “A superlative interpretation of this country classic, I feel like Elvis truly makes it his own.”

Jon says: “Sorry, I had to sneak this one in here (smile). Radically different than the Guided By Voices version, my take is partly a reinvention, not just a cover.”

The Nerves – Hanging on the Telephone (“Blondie cover…”)

Jon says: “I’m playing a little trick here as everybody seems to know Blondie’s great version, so much so that nine times out of ten when I play the original for friends they think it’s a cover anyway. [Editor’s Note: Anyone who read our April feature on the song would know better!] Between the two, I’d have to say The Nerves for the win. Listen to vocalist/guitarist/composer Jack Lee snarl his way on through…awesome.”

2 Responses to “Pick Five: The Posies”