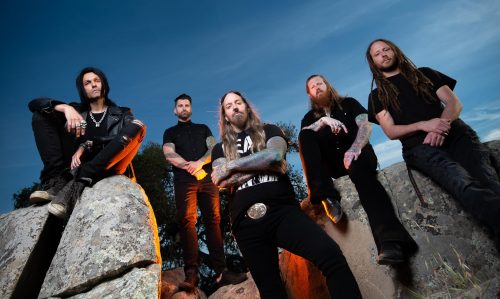 It comes from California metal band DevilDriver, who take on all sorts of outlaw-country classics on the upcoming album Outlaws ‘Til The End: Vol. 1. And for their cover of Cash’s cover of “Ghost Riders in the Sky” (the song was first recorded by its writer, Stan Jones), they recruited a ringer to bridge the gap: John Carter Cash himself.

“I wanted to combine two genres that have never been combined well,” DevilDriver singer Dez Fafara told Billboard about the album. “Having these two genres combined is something that really needed to be done. If you go to a metal gig and walk around the tailgates you hear Willie Nelson into Slayer into Pantera into Johnny Cash, and no one is looking sideways at anyone. They just keep on partying.”