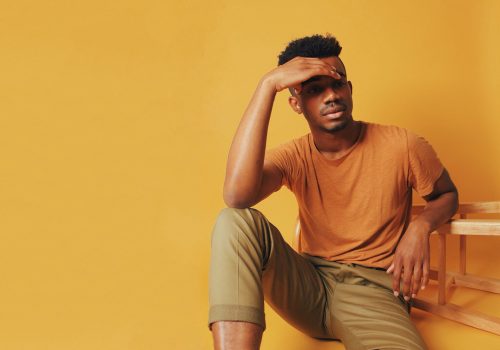 Fair warning: the video below will play the song “Never Gonna Give You Up.”

I need to mention that up front. Ever since the advent of Rick-rolling (doesn’t that meme seem like a century ago?), people typically hear Rick Astley’s 1987 hit accidentally, the result of a prank. But this new cover you should listen to on purpose.

It’s by young Los Angeles pop singer Bronze Avery, who channels The Weeknd and James Blake on his early singles. And he says he was inspired to cover “Never Gonna Give You Up” not in spite of the meme, but because of it.

“The original is such a gorgeous song, and I’m glad it achieved so much success,” he told Billboard. “I just wanted to change the perspective from it being something humorous back to the intent of its original creation.”

His soul-pop stunning reinvention succeeds, and then some. Avery’s powerful falsetto and stripped-back electronic production removes the song from its jokey context. You won’t need to trick anyone into listening to this; it stands up on its own.