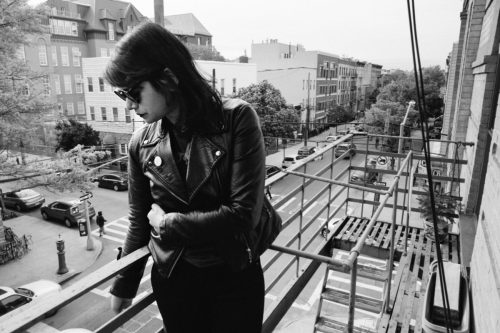 That’s the question New York goth-punk singer Shilpa Ray wrote on Bandcamp introducing her new cover of Cooper’s “Is It My Body” – and it’s a good one. He actually tried to make that point himself when he was on Marc Maron’s show a few months back, pointing to a song like “Only Women Bleed” (which Etta James, of all people, has covered). A track like that, he argued, was a far cry from the horrorshow makeup and on-stage guillotine.

And Shilpa Ray is the perfect person to cover it. Not only is she an outspoken feminist hersef – one who writes songs with titles like “Woman Sets Boyfriend On Fire” – but she’s well versed in gothic-noir musicians. She’s toured in Nick Cave’s band, and he regularly brings her up in interviews as one of his favorite young musicians. She brings an energy and hollering rage to her Cooper cover, pushing the Pixies’ famous “loud-quiet-loud” dichotomy nearly to its breaking point.

Listen below, then buy her new Nihilism EP on Bandcamp.