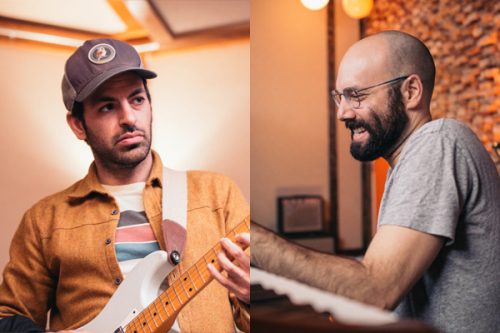 That’s the resume, but what hooked me before I discovered any of that were their new cover videos. Like a ’70s funk version of Postmodern Jukebox, Conte and his guitarist partner Ryan Lerman bring in guest singers for vintage soul takes on pop hits across the genre map. Start where I did, with a smooth jazz take on “Pure Imagination” featuring saxophonist Sam Gendel.

More typical – the covers are rarely instrumental – is this killer version of Cyndi Lauper’s “Time After Time” with singer India Carney. The incredibly tight band plays it like a classic Stevie Wonder joint (though Stevie would have played all the instruments himself).

There are dozens more on their YouTube page, but I’ll end with one of the biggest surprises of all, their cover of “Crash Into Me” with Julia Nunes. It’s so good I’m going to write a sentence I never thought I would say: I think I like this Dave Matthews song.