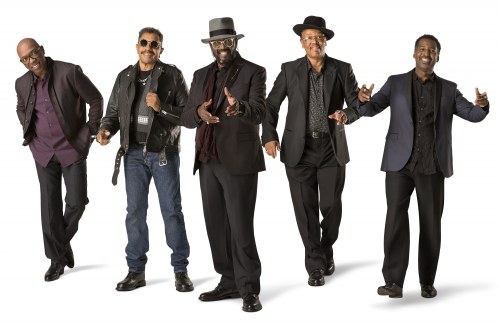 As the only surviving member of the Temptations’ original lineup, Otis Williams has done his part to keep the group alive long past its expiration date. The latest incarnation of the famed vocal group recently released a cover of Sam Smith’s “Stay With Me” as the first single from their forthcoming album All The Time.

Just to be clear, this ain’t the Temptations of “Ain’t Too Proud to Beg” or “My Girl” fame, since the group is going for a more contemporary vibe. Listening to Smith’s original alongside the Temptations’ cover is a bit like hearing Hall & Oates “She’s Gone” next to the Tavares’ version. Or comparing Mott the Hoople’s cut of “All the Young Dudes” to David Bowie’s own take. At first listen, it’s difficult to tell the two tracks apart. Yet, once you start breaking the songs down, there are enough subtle differences that make the cover stand on its own.

The vocals in the opening verses of each track are the most similar. The Temptations give it a slightly different feel by adding in syncopated percussion, unlike the straight time from the original. As they sing the chorus, the group interjects a bit of call and response, which one expects from the Temptations. With each subsequent verse/chorus, they include heavier drums, different voices alternating between lead and backing vocals and a fiery blues-guitar accompaniment. Like Smith’s original, the cover is also infused with gospel, but the quintet adds more bass to the vocals throughout.

The track is not destined to land on any greatest-hits compilations. However, if the Temptations add it to their setlist, kids whose grandparents drag them to the shows will appreciate the effort.