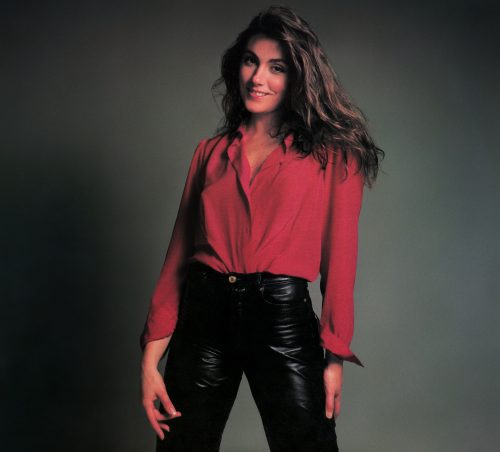 Like any good former college radio program director at that time, I had strong opinions about what was “good” music, and what “sucked.” And clearly, disco/dance music sucked. That summer, a number of albums I liked were being promoted to some degree by my department, including Adrian Belew’s Lone Rhino, Genesis’ Three Sides Live, Steve Winwood’s Talking Back To The Night, Jon Anderson’s Animation, and CSN’s Daylight Again. But there were offices filled with men and women promoting these rock releases, and only one guy, Rafael, promoting the dance music. As a result, I ended up working with him a lot, despite my lack of knowledge about – and general contempt for – dance music. I even tried to convince Rafael to remix one of Adrian Belew’s songs for the dance floor, which he briefly considered before thinking better of it.

Hearing “Gloria” for the first time, I dismissed it as a piece of fluffy dance-pop that never would have gotten played once on my college station. That being said, it was catchy for its genre, and Branigan had an excellent voice. It was clear in the office that it was a priority, and we worked hard to promote the hell out of the song. Doug Morris, the big boss at Atlantic then, had helped persuade Branigan to cover “Gloria,” which may explain why it was promoted so heavily. It didn’t hurt that Branigan came by the office a few times that summer, and she was both beautiful and pleasant, even to the grunts like me working the phones.

We were remarkably successful in our endeavors, with the song topping various charts, and earning Branigan a Grammy nomination. But what I didn’t know at the time was that “Gloria” was a cover. And that the original was sung by a man, in Italian.

Umberto Tozzi is an Italian singer-songwriter and producer who began his career at 16, and achieved success as a songwriter, composer, producer, and performer in the mid-1970s. He released the original version of “Gloria,” a fairly conventional pop love song (although addressed to an imaginary woman) in 1979, and it was a hit across Europe:

Later that year Jonathan King, a songwriter, musician, producer (he is credited with discovering and nurturing Genesis, and was the first to add “Ooga Chaka”s to “Hooked on a Feeling”), and – the world later learned – a child sexual abuser, translated the song into English, releasing his own version:

Several translated versions came out before Branigan’s, including ones in Czech and Estonian. Even Umberto Tozzi semi-covered his own song, releasing an English version using King’s translated lyrics:

Branigan had started singing as the lead in her high school production of The Pajama Game, before moving to New York to study singing, and, of course, work as a waitress. She joined a band, and even got a gig backing Leonard Cohen.

Branigan met and impressed legendary manager Sid Bernstein, who agreed to work with her, and after auditioning for the at least equally legendary Ahmet Ertegun, Atlantic Records signed her in 1979. She released a few singles to little notice, before her debut album, Branigan, came out in 1982. Somehow, the experts in the big offices at Atlantic decided to release a not-“Gloria” ballad as the first single, and it peaked at 69 on the charts. But next up was the song that was to become Branigan’s signature.

Originally, she and her producer Jack White (the German one, not the one from The White Stripes), and arranger Greg Mathieson, who had worked on the original, tried to translate it into a love song titled “Mario.” But they weren’t happy, and the song was reimagined by lyricist Trevor Veich (and likely an uncredited Branigan) as a song about a girl, Gloria, who as Branigan said, was “running too fast for her own steps.” Those lyrics, Branigan’s voice, and a new, more dance-friendly production (and the hard work of many promotion people way more talented than me), led to the success of this version of “Gloria.”

Since then, there have been numerous covers of the song, in various languages, including English. Tozzi himself even released a cover of Branigan’s version.

In the early and mid-1980s, Branigan had more synth-pop hits, including an English cover of the French song “Solitaire” (which was the first major hit for Diane Warren), “How Am I Supposed to Live Without You,” (the first major hit for its co-writer, Michael Bolton), another Tozzi song, “Ti Amo,” and her biggest hit, “Self Control.” By 1994, changing musical tastes, and the illness of her husband, led Branigan to retire from the industry. While she occasionally dipped her toes back into performance, she never really returned. In 2004, at age 52, Branigan died in her sleep of an undiagnosed brain aneurysm.