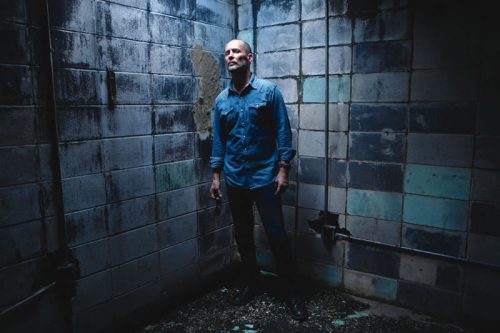 By any measure, Don’t Let The Devil Ride, the new release by Paul Thorn, is a great album and should stand up for inclusion in many of the requisite year-end best-of lists. With guest appearances from The Blind Boys of Alabama, The Preservation Hall Jazz Horns, The McCrary Sisters, and Bonnie Bishop there really is some next level Gospel mojo going on here. Throw in the recording, knob turning, and board magic happening in places like Sam Phillips’ recording studio in Memphis, FAME studios in Muscle Shoals,  and the Preservation  Hall in New Orleans, and you have a true musical tour-de-force.

Thorn goes deep and way back in time on the album covering somewhat obscure Gospel and Blues songs including the Willie Davis Song “He’s a Battle Ax” accompanied by an old-school banjo and New Orleans horns, “You Got To Move,” a Fred McDowell tune, and “The Half Has Never Been Told,” a song that goes back to at least 1926.

And, oh yeah, then there is the cover of The O’Jays “Love Train.” Severely slowed down with the slow burn organ in the background and the Blind Boys Of Alabama bringing it to the heavens backing vocals this one is transformed from a funky dance classic to a spiritual awakening right before your very ears. While the tune itself is definitely recognizable the nuances and the messaging of the song really hit home with the raspy blues singer delivery that Thorn commands with this performance.

So pay attention to this musical call to arms and get you a ticket you ticket on “The Love Train.” Don’t you dare miss it at the station!