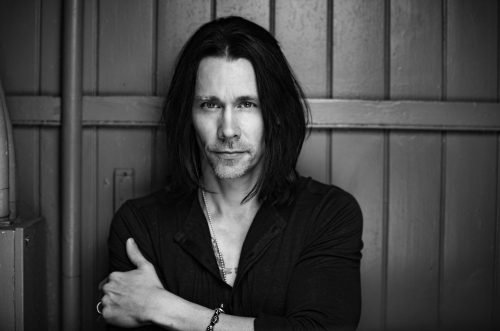 Released in 1971 and peaking on the U.S. Billboard charts at number 24, the song “Levon” from Elton John’s Madman Across the Water album is extremely underrated and almost criminally under-covered. With the exception of the excellent Jon Bon Jovi rendition from the Two Rooms Elton John tribute album, you would have to go down a lot of YouTube rabbit holes to find another cover version of the song at all, let alone one that good. The more famous “Tiny Dancer,” another song from the same album, get’s all of the acclaim and a heck of a lot more cover song love despite finishing at 41 on the charts, 17 spots worse than “Levon.”

Now, as part of the Sirius XM Octane station, we are treated to a stellar version of the song courtesy of Myles Kennedy. Myles Kennedy is the lead singer of Alter Bridge and also has a side gig with Slash serving as his frontman on the albums as well as on tour. One of the more distinct voices in the Rock and Roll game today, Kennedy has one of those voices that resonates all the way to the back of capacity filled arenas and sounds like some devilish combination of Roger Daltrey and Steve Perry.

On this version of the song, Kennedy calls “Levon” one of his favorite songs of all time. Making the most of his emotive vocal talent, the singer becomes one with his acoustic guitar and microphone as he takes himself on a way back machine to a time when his parents would take the family on road trips with the sounds of Sir Elton serving as the soundtrack to their journey. Move over Jon Bon Jovi, there is a new heir to the “Levon” cover song throne.