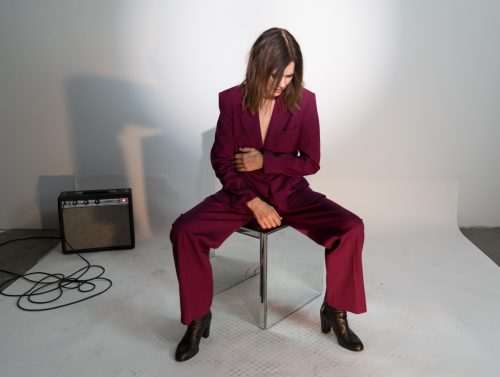 That’s why we were so excited to hear about Juliana Hatfield Sings Olivia Newton-John, which comes out tomorrow. It more than lives up to our high expectations. Hatfield takes on hits like “Physical” alongside plenty of deep cuts that prove this is not some gimmick; she’s a genuine fan.

“I have never not loved Olivia Newton-John,” she wrote when the album was announced. “Her music has brought me so much pure joy throughout my life. I loved her when I was a child and I love her still… She has inspired me so much personally and I just wanted to give something back; to share some of these tremendous songs, reinterpreted, with love, by me.”

In honor of her new album, we asked Hatfield about her five favorite covers by other artists, and she kindly obliged. She even told us her favorite cover performed by Olivia Newton-John herself. Read on for her full list…

1. Devo – (I Can’t Get No) Satisfaction (The Rolling Stones cover)

Juliana says: “One of the best cover versions ever, anywhere. Devo just completely took the song over and made it absolutely their own, changing the groove and creating new riffs, and it’s so angular and spastic and fun.”

Juliana says: “I was going to make this a tie with ‘Breathless’ (X’s version) but I think I like this one a little better. It’s so raw and wired; X has found the poetry in the Doors and punked/punched it up, and the way Exene’s voice breaks and kind of squawks for a sec on the word ‘night’ in the third line is so adorable and endearing.”

Juliana says: “This version of the Joni Mitchell song is loose and groovy but it also really rocks and the man-vocal harmonies are delicious and Neil (Young)’s soloing is so inspired and totally bitchin’, as always.”

4. The Ramones – Do You Wanna Dance (Bobby Freeman cover)

Juliana says: “I myself recorded a version of this song and when I did, I had never heard the original Bobby Freeman song, and in fact my ignorance was so complete that I thought I was covering a Ramones song, so my version turned out to be a cover of a cover.”

5. Olivia Newton-John – If Not For You (Bob Dylan cover)

Juliana says: “An early single, with a cool loudly-mixed slide guitar part and lots of sweetness and light.”