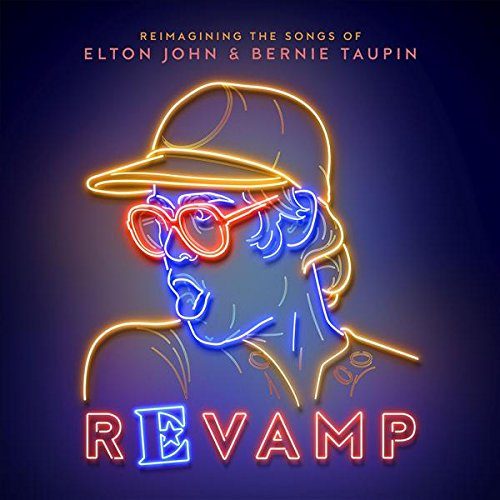 If you are a fan of Elton John and all of his many reinventions, this is the time of your life. It started in late 2017 when Elton along with Bernie Taupin sponsored a worldwide YouTube contest to reimage videos for three of Elton’s most popular songs, “Bennie and the Jets,” “Rocket Man,” and “Tiny Dancer,. It continued with his announcement that his upcoming three-year tour will be his last. Suffice to say, our eyes and ears will be treated to various projects with the volume turned up to “all Elton, all the time” for the foreseeable future.

Now, the bespectacled piano man is treating his fans with the release of Revamp, a set of songs performed by contemporary artists including Ed Sheeran on “Candle and the Wind,” a sure-to-be-stunning rendition by Sam Smith of “Daniel,” and an out-of-left-field take on the seldom covered “Mona Lisas and Mad Hatters” courtesy of The Killers. Fans at recent Queens of the Stoneage shows were treated to a first listen of Josh Hommes‘ interpretation of “Goodbye Yellow Brick Road,” also included here.

Priming the pump with a first-look video in anticipation of the release is the unlikely pairing of Q-Tip and Demi Lovato reprising the Elton and Kiki Dee roles on “Don’t Go Breaking My Heart.” Never mind the fact that you would be hard-pressed to find another cover version, this song is next-level good. At certain points, there seems to be a deliberate game plan to keep the vibe close to the original, but somewhere mid-song when Demi reaches to the vocal heavens, this one gets really cool.

And now for something completely different. The Elton-Palooza road show rolls on with the simultaneous album release of Restoration, a record that brings together Country stars to cover some of the deeper tracks in the songbook including Chris Stapelton on the beautiful “I Want Love” from Songs From the West Coast, Lee Ann Womack on the almost never covered “Honky Cat,” and Little Big Town bringing their countrypolitan sheen to the fairly close to the vest version of “Rocket Man.” Catering more to Bernie Taupin’s love of Country and Americana music, this second series of cover songs bring into the fold the current crop of stars including The Brothers Osborne and Maren Morris alongside old-school veterans Rosanne Cash, Dolly Parton, and Emmylou Harris.