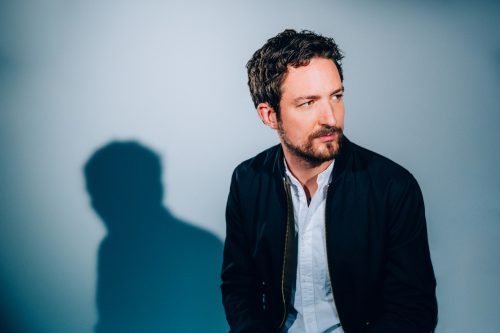 Such eclectic influences can also be seen in the five covers he picked for us. He mixes in the guitar-strummers and punk-blasters fans might expect (Johnny Cash and NOFX, respectively) with artists like Joe Cocker and Tori Amos. He also illustrates the depth of his musical knowledge; as he notes, few people even realize the Blondie song he picks is a cover. So let’s turn it over to him.

1. Joe Cocker – With A Little Help From My Friends (The Beatles cover)

Frank says: “This is, essentially, the absolute ground zero for great cover versions. Cocker took the Beatles – The Beatles! – and found a whole new spirit in one of their songs, in the process irrevocably claiming it for his own. Masterful.”

2. Blondie – Hanging On The Telephone (The Nerves cover)

Frank says: “Sometimes an artist actually makes a song. The Nerves version of this was just kind of OK. Most people aren’t aware Blondie didn’t write the song. Their version is so definitive that they might as well have done.”

Frank says: “The American Recordings records were a masterclass in interpretation for the ages. The very notion of a ‘cover’ slightly falls apart when you get to the great singers like Cash. Regardless, I’m not the biggest U2 fan, but here Cash shows the innate power and beauty of the song, bringing a new gravitas to the lyrics.”

Frank says: “I’m a long-term, die-hard Amos fan, she’s a writer and performer in her own league, to me. She’s well known for leftfield cover versions, and there were many I could choose from here (“Raining Blood” is particularly weird). This is a chilling reimagining of an already dark original; her femininity adds claws to many of the images and words.”

Frank says: “Apologies, this is a little self-involved, but NOFX, a band I grew up with and still regard as one of my biggest influences, spent a whole year covering one of my songs in their live set. It’s pretty much the pinnacle of my career.”