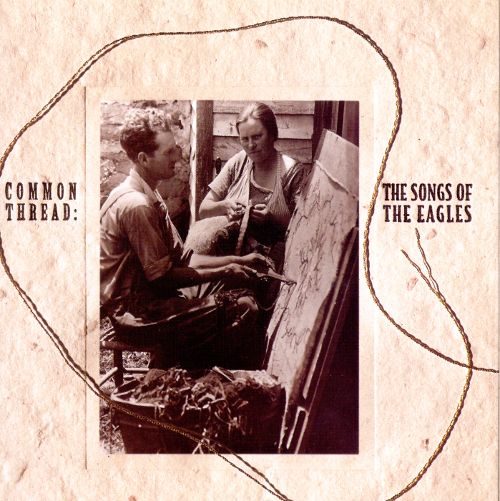 Common Thread was to Music Row in 1993 what Law & Order was to the New York branch of the Actors Equity Association: a full-fledged jobs program. The album featured 10 solo artists, two bands and one duo. More than 70 musicians and backup singers are directly credited as well as an orchestra called the Nashville String Machine. On the production side, 14 people were listed as producers or co-producers, including Stroud and two of the artists themselves: Suzy Bogguss, who produced her version of “Take It To the Limit;” and Billy Dean, who co-produced his rendition of “Saturday Night.” There were also 25 people listed as engineers, assistant engineers or mixers and seven production assistants.

The 13-track album exploded upon its release, ultimately selling more than three million copies and topping the country music album charts for several weeks in 1993 and 1994. It went on to win the 1994 Country Music Association award for Album of the Year. Six of the tracks landed on the country music Top 100 singles chart, including Gill’s “I Can’t Tell You Why,” Clint Black’s “Desperado,” Alan Jackson’s “Tequila Sunrise,” Little Texas’ “Peaceful Easy Feeling,” Tanya Tucker’s “Already Gone,” and – most importantly – Travis Tritt’s “Take It Easy.”

Though the Eagles made several attempts to reunite following their stormy breakup, it was actually Tritt who assembled them in one place. Before filming his video for “Take It Easy,” he made what seemed like a crazy suggestion: he asked if the members of the band could join him in the video. To everybody’s surprise, they agreed. So in December 1993, the final iteration of the group from 1980 — Henley, Frey, Timothy B. Schmit, Don Felder and Joe Walsh — joined Tritt for the video shoot. “It was only just an idea that I had and I had no way of knowing whatsoever that that would be the catalyst that would launch them back into going back out and working together again after being on a 14-year hiatus,” Tritt told Rolling Stone.

With a hit album and video under their belts, in early 1994 the band decided to get together for a reunion. The two-year Hell Freezes Over tour grossed an estimated $200 million worldwide, while the album of the same name sold more than nine million copies. “We realized after the success of the Common Thread album that there were still a lot of people out there, a whole lot of people, who wanted to see us play again,” said Don Henley in the 2013 documentary History of the Eagles.

Even with its commercial success, when Common Thread was released it wasn’t exactly a critical darling. Entertainment Weekly, for example, gave it a B- saying, “These remakes offer barely any new instrumental licks or vocal inflections. You’ll think you’ve stumbled into a star-studded Nashville karaoke bar with the tape machine stuck on ‘Eagles’.” Even legacy reviews on Amazon and Allmusic.com have been less than kind, with Allmusic calling it “a well-intentioned but pointless exercise.”

Listening to the album 25 years later, it’s easy to acknowledge that the critics had a point. Many songs sound like line-by-line facsimiles. Some have real Nashville flourishes, with extra bits of twang, banjo and steel guitar, but with others it’s difficult to tell them apart from the originals. That said, there are a few of the songs still worth listening to in 2018.

Vince Gill – I Can’t Tell You Why

When Gill recorded this cover in 1993, he probably never guessed that one day he would be asked to join the band. As far as unofficial audition tapes go, it’s an effective one, especially since Schmit, who co-wrote and sang lead on the original, joined in as a backing vocalist. Gill pushes the track even further into adult contemporary territory than the original by replacing the guitar solo with a saxophone. Not exactly country, not exactly rock n’ roll, but still an intriguing cover given Gill’s newfound place in the band.

The Eagles were not exactly “woke” in their depictions of women within their lyrics. The best description I’ve read was provided by Al Jazeera’s obituary of Frey, which characterized the tone of the lyrics as “casual misogyny.” That’s what makes Tanya Tucker’s take on the band’s famous breakup tune such a refreshing change from the original. She changes all the references from “girl” to “boy” and amps up the energy, making it an anthem for the ladies that holds up well in the #MeToo era.

John Anderson was major hitmaker in Nashville from the late ‘70s through the early ‘90s. Here he plays a souped-up, twangy country rock version of “Heartache Tonight” that sounds like it’s coming from the best roadhouse cover band you’ve ever heard. Sure, he doesn’t break new ground. But that’s probably why so many people ignored the critics in the first place: they were having too much fun listening to new versions of their favorite songs to care.

Brooks & Dunn – Best of My Love

Kix Brooks was always the John Oates of Brooks & Dunn. As part of the bestselling country duo, he only sang lead on handful of singles. But that includes “You’re Gonna Miss Me When I’m Gone,” which sounds like a lost track from the Eagles’ Desperado. So it’s fitting that he took the reins on this one too. As he sings “Best of My Love,” it almost makes you wonder why the Eagles selected Gill instead of him. Still, given how quickly the band moved to replace the once irreplaceable Frey in the name of touring dollars, if Brooks bides his time he might just get the call someday too.