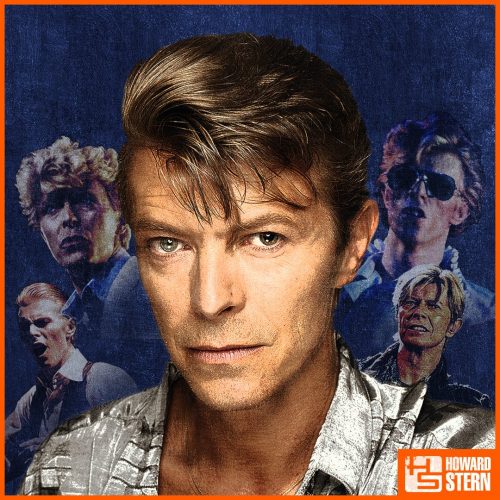 They are, not coincidentally, the songs that changed the most from the originals. David Bowie was constantly reinventing his sound, so it seems wrong to cover his songs too faithfully.

London duo Bones transforms “I’m Afraid of Americans” into a thudding electro-pop smash. Lisa Loeb ditches the iconic guitar riff of “All the Young Dudes” entirely to make it at atmospheric space-out. Greta Van Fleet make “The Jean Genie” sound like Led Zeppelin, and Michael Penn and Aimee Mann make “After All” sound like Ben Folds. Bonus points to Scottish metal group Biffy Clyro, who said they deliberately picked the Bowie song that sounded the least like their style – and made it their style.

Hear our favorites below, and the full 25-track set (tracklist below) on-demand in the SiriusXM app. And as you listen, read notes from all the artists here. I’ve included the relevant quotes below.

“Being asked to cover David Bowie is like being asked to have sex with a lion: an intimidating challenge but, fuck it, you got to give it a go! [Editor’s Note: This is the wrong response to that offer.] There are so many incredible songs to choose from but we wanted to choose a classic that sounded least like our band. We went for ‘Modern Love,’ put it through our filter and biffified it. I hope David would have been proud.”

“As a British band who has just moved over to the U.S.A., ‘I’m Afraid of Americans’ was the perfect track for us to cover and one of our favorite Bowie tracks—the pressure was totally on. So we did our best to insert a little slice of us nasty Brits into the song in hopes that we both did the track justice and made it our own all at the same time.”

“It was an honor to be able to cover ‘Jean Genie.’ The Blues sensibilities in that song are something the whole band could connect with.” “We tried to capture the haphazard beauty of the original recording. The musicians on that recording valued the feel of the track rather than the actual technicalities of what they were playing. To me, that’s what makes it so beautiful. Trying to capture the flavor of that big rock and roll is what we, as Greta Van Fleet, love to do. So, that made recording this song even more fun.”

“I’ve always covered Bowie, from ‘Rock ‘n’ Roll Suicide’ in high school, solo with my electric guitar at the all-girls school I attended in Dallas, ‘Ziggy Stardust’ with my high school cover band, to ‘Five Years’ in college, and ‘Soul Love’ with Dweezil Zappa. It’s always been a dream to record ‘All the Young Dudes’ and I’m so excited I had the opportunity to do it, motivated by this Bowie compilation.”

“David Bowie wore masks. And through his masks he projected heart and soul and let all the oddball youngsters know that art, fashion, and rock n roll would save them from sadness and lift them up above adversity and conventionality. He told us we could be the wildest and most open-hearted versions of ourselves that we wanted to be. What an honor to get to wear his mask, just for one day.”

“A lot of his songs are written from the perspective of one of many very specific characters he’s developed and that makes it tough (at least for me) to take it on. But this song is one that has stuck with me over the decades. The arrangement on ‘The Man Who Sold The World’ is kind of goofy, but I always thought the song was really emotional underneath, like the darkest lullaby in the world. After Bowie passed away I was happy to read that in his last few years he had found faith in, and a relationship to a higher power. I think this song is Bowie, as a younger man, grappling with a lack of faith.”

“I chose ‘Golden Years’ for two reasons: it seemed like it would be the best fit for me vocally and we loved the idea of approaching this project as a ‘band.’ I was asked to join the project in the middle of a long tour, so the boys all played different song options over the sound system as we drove. We probably listened to the whole Bowie catalog! Something about this track really caught my attention, so we did our best to represent his song in our own way.”

No quotes from Mark Kozelek on this, but according to Bowie’s longtime producer Tony Visconti, Sun Kil Moon was one of David’s favorite new artists to listen to before he passed away.

Check out many, many more Bowie covers in our archives.