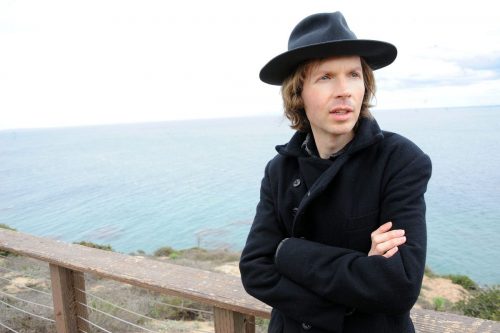 The Spotify video series Music Happens Here is a must-watch for music lovers. Each episode takes the viewer on a hot tub time machine journey to many of the most famous music cities in the world. Seven episodes in, it spans the landscapes and soundscapes of Los Angeles, London, New Orleans, Seattle, Chicago, Nashville, and, most recently, New York. The producers do a terrific job in showcasing the past, present, and future of each individual music scene. The New York episode, in particular, is a diverse affair that features the Hip Hop beats of A$AP Rocky, the dirty boulevard vibe of CBGB’s, and angel flight wearing pulse of 1970s disco at Studio 54, with side trips to The Dakota and The Fillmore East.

As far as accommodations go, the trip would not be complete without a stay at The Chelsea Hotel. The centerpiece here is the segment on Beck and his cover version of The Velvet Underground‘s “I’m Waiting for the Man.” The song was recorded at Electric Lady Studios, the auditory home of Patti Smith’s Horses, Mingus by Joni Mitchell, the live/non-live Kiss Alive II, and countless others including Becks own Morning Phase.

Beck comes across the song honestly as his mother, who was a dancer for The Velvets back in the day, would shimmy and shake on stage in front of projected images of Andy Warhol and his artwork while the band played on. The cover itself is decidedly Beck-ish with psychedelic nuances throughout that give way to a true-to-form version that is a fitting tribute to The Big Apple, Lou Reed, and The Velvet Underground.