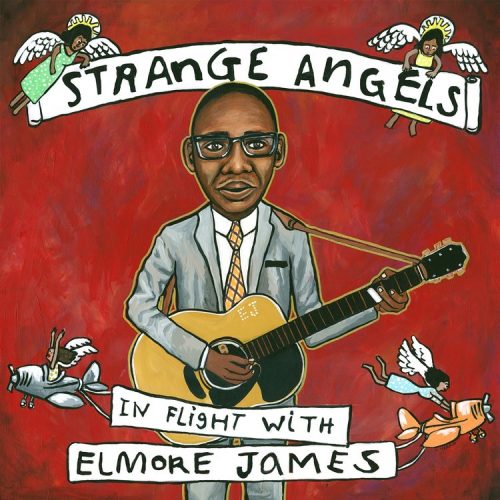 Elmore James is on the Mount Rushmore of influential blues artists. Robert Johnson, Muddy Waters, Howlin’ Wolf and Elmore James would be the likely busts carved deep in granite on blues rock mountain. The case for the inclusion of Elmore James on this list of guitar luminaries is a relatively simple one.  Look no further than “Dust My Broom,” “Rollin’ and Tumblin,” “The Sky is Crying,” and, of course, “Shake Your Moneymaker.” 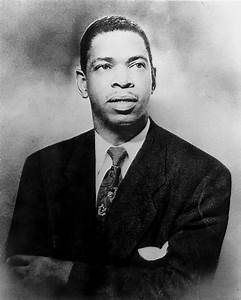 Playing it forward, the list of artists and bands that owe a huge debt of gratitude to the king of the slide guitar is long and impressive: Chuck Berry, B.B. King, Jimi Hendrix, Stevie Ray Vaughan. It is also safe to say The Rolling Stones, The Allman Brothers, and many other blues-based bands we listen to today would have a distinctly different sound had they not used Elmore James as a jumping off point to pursue their own Rock and Roll dreams.

And now, on January 26th, the latest Elmore James tribute album is set to be released. This one, Strange Angels: In Flight With Elmore James, lines up an eclectic group of artists not normally associated with deep blues. The artists involved in the project range from contemporary blues artists Betty Lavette, Keb Mo’, and Elmore’s Latest Broombusters to current Americana chart-toppers Jamey Johnson, Shelby Lynne and Allison Moorer. Sir Tom Jones makes a regal appearance on the show-stopping “Done Somebody Wrong,” and we finally find out that it is Elmore James that Chuck E. is in love with as Chuck E. Weiss lays down “Hawaiian Boogie.”

Former Johnny Cash son-in-law Rodney Crowell particular stands out with his interpretation of “Shake Your Money Maker.” Here, he stops just short of careening wildly down the road and dials the tempo back just a hair mid-song until the band lets lose to close things out.  Good stuff, indeed.

Check out more Elmore James covers in the archives.