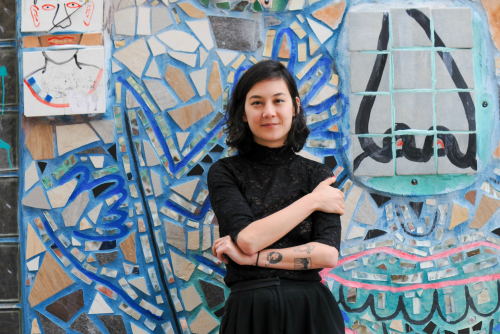 Mitski should be no stranger to readers of Cover Me; her work has landed on our Top 50 lists in both 2015 and 2017. Japanese Breakfast recently took a page from Mitski’s playbook and expanded her electro-pop repertoire by releasing a cover of “California Dreamin’” on the SiriusXMU indie-rock radio channel.

Though the song was written by John and Michelle Phillips of the Mamas and the Papas, it was actually first recorded by folk singer Barry McGuire with the group singing backup. The Mamas and the Papas released their own rendition as a single in late 1965, and it went on to become one of the defining tracks of the decade. The ode to the Sunshine State has been covered by a diverse group of artists over the years, including Bobby Womack, Jimmy Buffet, Diana Krall, Queen Latifah, as well as by fellow California mythmakers America and the Beach Boys. Sia’s bombastic 2015 version earned the number three spot on Cover Me’s Top 50 list from that year.

Zauner packs a lot into her three-minute cover, which consists of several different movements. She delivers the first verse and chorus with minimal accompaniment. As she sings, there’s one quiet keyboard playing directly alongside her, then the sound of a second synthesizer chimes in with a riff similar to the intro of Van Halen’s “I’ll Wait.” On the second verse, with the words “Stopped into a church,” the tempo accelerates, guitar and drum tracks kick in, and Zauner engages in a call and response with her backing vocalists, similar to the Mamas and Papas. After a guitar solo, Zauner sings the final verse and chorus with a heavy echo, giving the track a lush, ethereal feel. With such a blend of sounds, Zauner’s cover fits in well with her body of work and manages to stand on its own.

Click here to listen to more covers of the Mamas and the Papas.