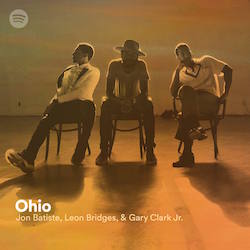 Jon Batiste, Leon Bridges and Gary Clark Jr. teamed up to record a cover of Crosby, Stills, Nash & Young’s 1970 protest anthem “Ohio” for a Spotify playlist inspired by the Ken Burns documentary The Vietnam War. The song, written by Neil Young in response to the Kent State massacre, is one of the definitive tracks from the Nixon era. Batiste, Bridges and Clarke (BBC, perhaps?) slow the song down, drop the heavy guitar licks and sing it as a quiet, bluesy, piano-driven ballad. While the original is filled with rage and frustration, this version turns it into a mournful remembrance of the horrors of the recent past. An elegant cover for an uncivilized age. – Curtis Zimmermann 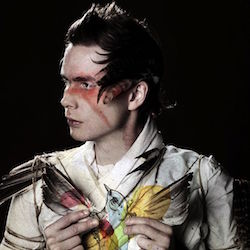 Iceland by now has a band for every 2nd citizen, a composer for every 3. And most of them, as exemplified by Jonsi, the singer of ethereal unclassifiable-tronica band, Sigur Ros, carry the gift of giving more to a song that they take. I confess to knowing not this slightly Frere Jacques-alike tune in it’s original format, but it makes me think of Christmas fireplaces and contentment. And that’s good. – Seuras Og 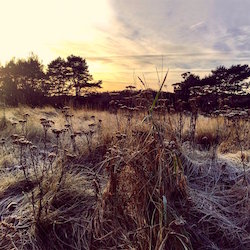 Hands up, I love the original and I love Sade. Hands down, I decry the often overly simplistic trick of modern covers, slowing it all down with a sparse acoustic backing, so much beloved by TV advertising. But this resets the rule, a masterclass in stripping back the layers, yet retaining all, if not more, of the poignancy in this. Weep-worthy, no better accolade in my book. – Seuras Og 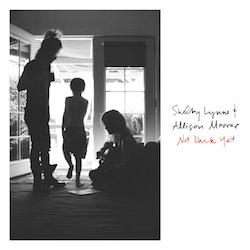 Like other covers on this list, the big innovation here is the shift away from a man’s voice, in this case the most curmudgeonly and wizened vocal performance of Bob Dylan’s career. Repurposing masculinity with beautiful women’s voices – often in chorus – is hardly new to the cover world, of course, but something about the move itself codes differently in a 2017 marked by #metoo. This song, and its slow walk through a shadowy end times is a perfect example of the potency of this shift. Dylan’s “sense of humanity… going down the drain” is one thing, but things must really be bad if these beautiful voices are reporting the same thing. Oddly, though, this shift, accompanied by a rendition of the song that flows like a river – powerful and night-lit and completely unbothered by human markings of time – makes the song and its misanthropy more about the world than the singer. The inevitable darkness in the Dylan version felt like death; here it feels like something worse, something really worth resisting. There is hope in this cover, but helplessness too, particularly in the way it ends, abruptly, on the full stop that follows “but it’s getting there.” – Matt Vandais 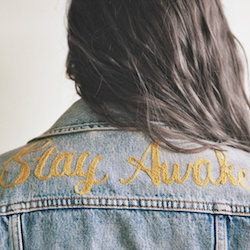 Sisters singing together can be something special, and Joseph, comprised of three sisters, none of whom are named Joseph, apply their tight sibling harmony to a quiet, vocal and acoustic guitar-driven reimagining of the Rolling Stones ballad. Credit to the sisters for creating an almost unrecognizable cover, and while it is pretty and the harmonies are interesting, its simplicity makes you long for the Mick Taylor guitar licks and Paul Buckmaster string arrangement of the original. – Jordan Becker 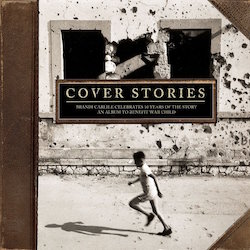 We try to only pick one song per album, but that proved difficult with the Brandi Carlile tribute Cover Stories. Dolly Parton earned all the plaudits she got for her swooping country take on “The Story,” and Ruby Amanfu delivered a secret stunner with her slow-burn gospel “Shadow on the Wall.” In the end, though, we could escape Anderson East’s “Josephine.” He goes full Stax on the Americana track, Booker T. organ and his best Otis Redding vocals jumping through the track. – Ray Padgett

24. Puddles Pity Party – I Want You to Want Me (Cheap Trick cover) 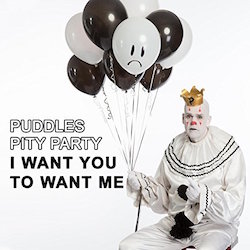 Puddles Pity Party has seen a year of immense growth, with his turn on America’s Got Talent and a tour all over the country. His magnetic personality combined with a unique approach to covering songs has struck a chord with his audience. Amongst an impressive list of covers, his rendition of Cheap Trick’s “I Want You to Want Me” is especially poignant. It sounds more like a lovers lament than the upbeat original, with the tempo slowed down to a rate where you can really let those lyrics sink into your bones. His voice oozes over the notes with a clear, affecting tone. A guitar is the sole accompaniment. In a sea of copy cats, Puddles is definitely an original, both in his musicianship and showmanship. – Angela Hughey 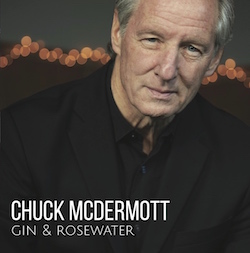 No offense to Chuck, but be honest – the picture there of an older white guy covering Johnny Cash doesn’t inspire immediate excitement. It’s been done. A lot. But rarely as ably as by McDermott, who rearranges and reinvents a song you might think beyond such things. You’ve heard a million covers of this song, and the original a million times. You haven’t heard it done like this. Cash’s original riff is long gone, replaced by a meal that’s one part fading crooner making one last stand, two parts spaghetti western. – Ray Padgett 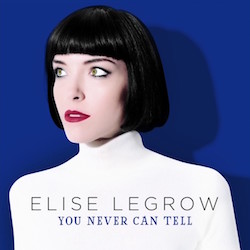 Elise LeGrow’s “You Never Can Tell” couldn’t be further from Chuck Berry’s. Where Berry told the story of Pierre and his mademoiselle, LeGrow’s bearing witness to their tale, sounding thoughtful in her consideration of what’s taken place. The backing track is slower, sparer, with no horns to goose it along and with backing vocals to lift it up higher. Pulp Fiction would have been a lot different if we could’ve seen John Travolta and Uma Thurman dancing to this. – Patrick Robbins 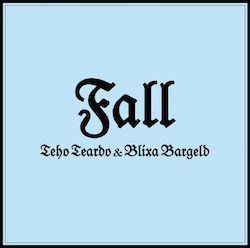 Teardo’s arrangement of a musical saw, bass clarinet, and six-piece string section, surrounding Blixa Bargeld – of Einstürzende Neubauten fame – on mostly spoken, accented vocals, might just be the most genius pairing of “industrial” musicians you could ever dream up. Now turn them loose on Neil Young’s anthem and the mind goes numb, which is probably the effect the artists were hoping for. The track opens their four-song EP Fall and for some will be an acquired taste. We found the work compelling, but would love to know how Young and Johnny Rotten feel about it. – Frank Minishak