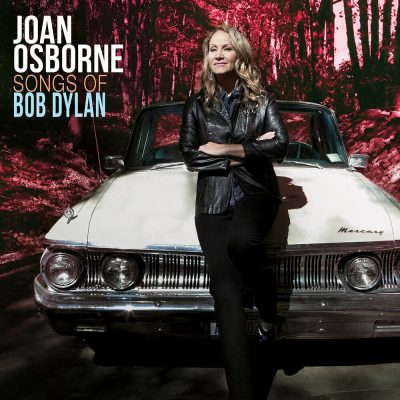 Although I haven’t done the research, I feel confident in stating that Bob Dylan is one of the most covered artists of all time, and certainly of artists who emerged after 1960. So, if you are going to cover Dylan, you really need to bring your A game, or get lost in the clutter. In fact, our forthcoming Best Cover Songs of 2017 list is dotted with Dylan covers that excel, including one from Joan Osborne’s excellent tribute album. So, how does Osborne succeed, start to finish, in interpreting 13 Dylan songs, both famous and not-so-famous (it is hard to actually consider any of his songs to be “obscure”)? By making them her own and imbuing them with the soulfulness and sexiness that elevate her best work. It also doesn’t hurt that she is in excellent voice, and backed by a tight group of musicians playing strong, but not intrusive, arrangements that allow the quality of the songs to shine. – Jordan Becker 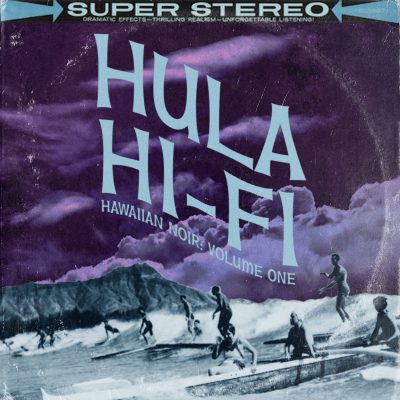 An album of hula covers sounds like one of those anonymous genre tributes, a The Kids Polka Tribute to OK Computer sort of novelty. But as Israel Kamakawiwoʻole long ago proved, a Hawaiian cross-genre cover can be moving if done in the right hands. Nashville trio Hula Hi-Fi have six of those hands, combining bass, lap steel, and – of course – ukulele with beautiful vocals on songs by the likes of Black Sabbath and Björk. – Ray Padgett 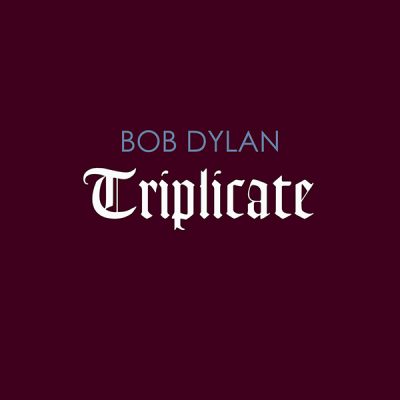 We named Bob Dylan’s first Sinatra covers album our #1 Covers Album of 2015. His follow-up didn’t even make last year’s list. This third installment – a three-disc set no less – lands somewhere in the middle. It contains some of his all all-time best vocal performances – the wistful “September of My Years,” the jumping “Braggin'” – as well as some filler. To see which is which, revisit our ranking of all his 52 Sinatra covers to date. – Ray Padgett

17. ‘Resistance Radio: The Man in the High Castle Album’
Buy on Amazon 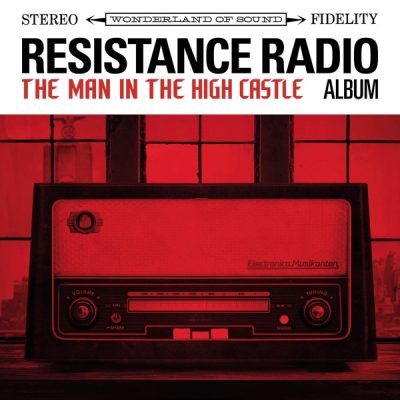 The soundtrack to The Man in the High Castle may just be the slickest cover album you will hear this year. With ’60s tracks such as “Unchained Melody”, “The End of the World”, “Can’t Help Falling in Love”, and “Who’s Sorry Now”, you may just find yourself transported to a Palm Springs mid century modern poolside locale, martini in hand. But it’s the artists covering these classics that make the album shine from start to finish. Names such as Norah Jones, Sharon Van Etten, Beck and Angel Olsen perfectly capture the tone of the dire dystopian alternate history tv series. Two more important names of note in this most excellent collaboration are Danger Mouse and Sam Cohen. You certainly can’t go wrong with this lineup. – Angela Hughey 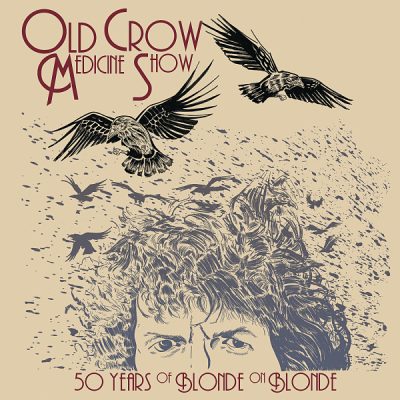 That Old Crow Medicine Show would cover a Bob Dylan album isn’t that surprising. However, you’d expect them to pick something more in their alt-country wheelhouse – John Wesley Harding, say, or one of Bob’s early folk albums. The fact that they chose Blonde on Blonde is what makes it work though, taking one of Bob’s most electrified albums – what he described as “that thin, wild, mercury sound” – and turning it into a roadhouse holler. – Ray Padgett 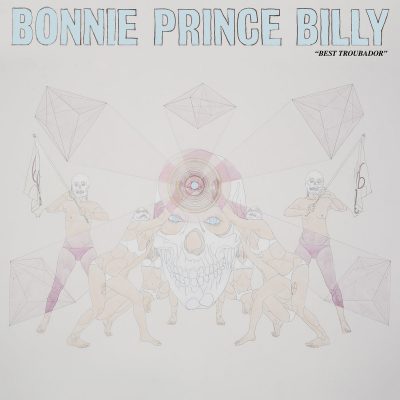 Bonnie “Prince” Billy announced his Merle Haggard tribute album with a cover of a classic: “Mama Tried.” Weirdly, “Mama Tried” isn’t on the album. Nor is just about any other Haggard song you might have heard of. Will Oldham is a superfan and he digs deep to reinvent Hag deep cuts. Flute and sax feature prominently, adding a through-the-looking-glass haze to these slow folk ballads.– Ray Padgett

14. ‘Brothertiger Plays: Tears for Fears’ Songs from the Big Chair’
Buy on Amazon 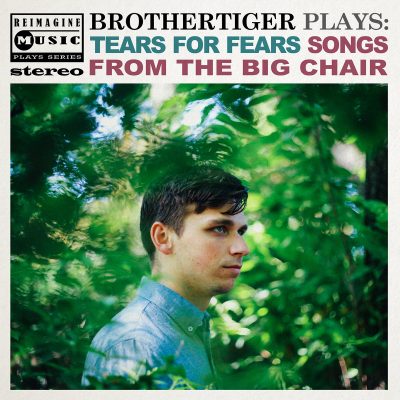 An electropop musician covering Tears for Fears seems like a punk musician covering the Ramones – you’re not expecting dramatic reinventions. But producer John Jagos surprises by using the same basic ingredients as the originals – synths, drum machines, soaring vocals – and turning these hits on their heads. – Ray Padgett 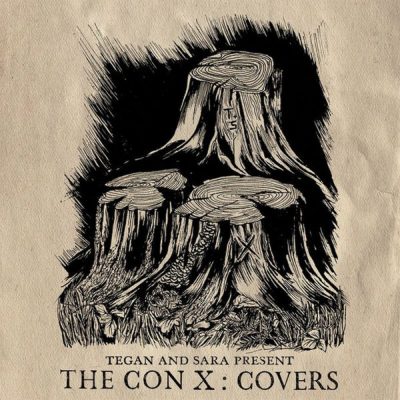 The current trend of artists commissioning their own tribute albums (see #10 too) seems, frankly, kind of self-serving. But, when the results are this good, it’s hard to complain. Tegan and Sara Quinn wrangle their high-profile friends like CHVRCHES and Sara Bareilles to tackle every song on their 2007 album The Con. You know it’s a high-profile group when Cyndi Lauper gets relegated to a bonus track. And every artists delivers, whether making the songs into electropop bangers (Muna’s “Relief Next to Me”) or garage rock blasts (Ryan Adams’ “Back In Your Head”). – Ray Padgett 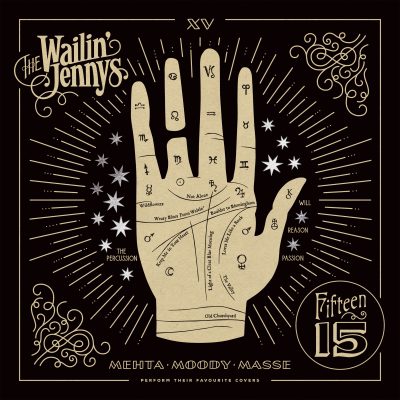 The folk trio of of Ruth Moody, Nicky Mehta, and Heather Masse haven’t released an album in six years, but their harmonies haven’t lost a step. The nine gorgeous covers celebrating the band’s fifteenth year tackle the likes of Tom Petty (“Wildflowers”), Emmylou Harris (“Boulder to Birmingham”), and Dolly Parton (“Light of a Clear Blue Morning”). Not exactly cross-genre surprises, but when they’re performed this beautifully, sometimes it’s just fine to stay in your comfort zone. – Ray Padgett 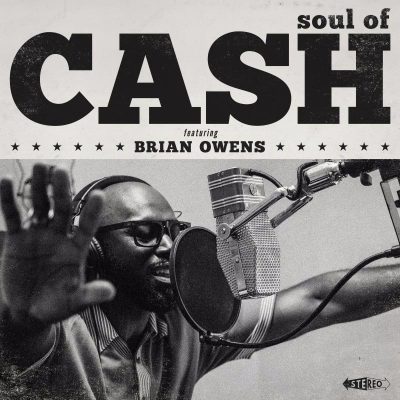 You can be forgiven for thinking nothing fresh can come out of yet another tribute to the Man in Black. Soul of Cash will prove you wrong. Brian Owens brings Stax-style horns and Steve Cropper-esque guitar licks to “Folsom Prison Blues,” and in “I Walk the Line,” the bassline is grafted in from “Time Is Tight” and takes to the song like a duck to water. As he transplants the songs from Nashville to Memphis, Owens sings the words of Johnny Cash and others in a voice so expressive and, yes, soulful that you’ll ache knowing that the eight-song album isn’t twice as long. – Patrick Robbins