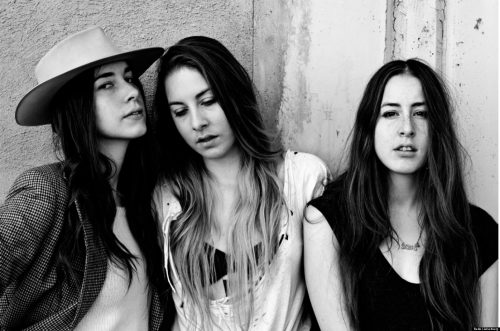 The Strokes’ “You Only Live Once” comes in two forms: as the opening track and third single from their album First Impressions of Earth and also as a demo version with the title “I’ll Try Anything Once,” released on the b-side of their “Heart in a Cage” single. The “You Only Live Once” single is upbeat, catchy, and features the full strength of the band. The “I’ll Try Anything Once” demo, however, is very different. It’s this version that Haim cover so beautifully during their recent visit to BBC Radio 1’s Piano Sessions.

Many are referring to this as a “stripped-down” cover of The Strokes’ original. However, it is no more stripped-down than the demo they’re pulling from. Danielle Haim’s vocals are more wistful and clear than Julian Casablancas’, allowing the listener to really consider the excellent lyrics and melody line. The piano is cleaner, as opposed to the fuzz of Nick Valensi’s electric. Little else detracts from the vocals and piano aside from some back up snaps provided by Danielle’s sisters. Check out Haim’s version of “I’ll Try Anything Once” below.