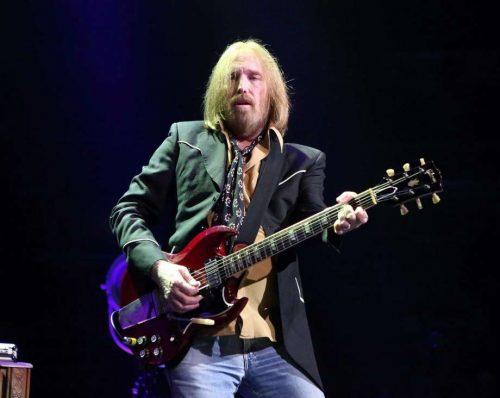 Upon the news of his death, artists starting playing tribute covers immediately, both in the studio and onstage. I’ve listened to a few dozen over the past few days. Here are my favorites.

Wilco — The Waiting (Tom Petty and the Heartbreakers cover)

Jeff Tweedy is not exactly on his game when it comes to singing the words here, but the spirit (and the similarity between his and Petty’s voice) comes though loud and clear.

Against Me! — Runnin’ Down a Dream (Tom Petty cover)

Laura Jane Grace is the symbolic outsider in rock and roll, someone who pushed past Bowie’s gender-bending and said, “This is not a costume.” Before the song, she talks about the comfort Petty gave her growing up. After that, it’s just wide open glory.

The E-Streeter brings out his inner Springsteen (and his 13-piece band) to flesh out Petty’s most hopeful song.

This clip is really just Robin Pecknold with an acoustic guitar, but it shows you that even stripped down, with Petty, nothing is lost.

“Wildflowers” is perhaps the most covered song in the past few days, and this may be the loveliest. Read our recent feature on Larkin Poe.

“To Find a Friend” is also from Wildflowers, one of Petty’s best albums. No other song seems as fitting for last rites.

Chris is a friend who owns a studio in Carrboro, North Carolina, and that space allows him to do a more polished video than some of the shaky phone cam videos above. Tributes are usually hastily put together at live shows, sometimes spontaneously, because death isn’t always on the calendar. As a result, many artists end up recording the exact same song over the course of days after a musician has passed on.

Chris goes a little deeper in Petty’s catalog with a song from 1989’s Full Moon Fever. He reworks the melody to better effect, stripping out the ’80s keyboard sound for the warmth of an acoustic guitar. As his voice breaks high in the chorus, like anybody covering a song, he makes it a little bit his own.

Is there a recent cover that’s not here that speaks to you? Share a link to it in the comments.