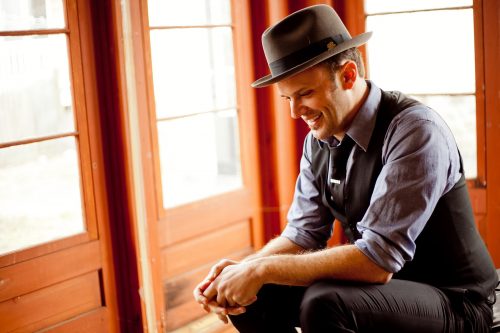 In addition to being an acclaimed songwriter, Boston’s Mark Erelli knocks us out whenever he puts the pen aside to sing someone else’s songs. His murder ballads collaboration with Jeffrey Foucault, Seven Curses, is one of the best covers albums of the decade, and every time he speckles an album with a Tom Waits or R.E.M. tune, it’s invariably fantastic. So we were thrilled to learn he’s prepping a full-length covers albums called Mixtape, for which he’s currently raising funds on Kickstarter now.

Mixtape won’t come out until January, but he was kind enough to share a track with us now, his version of Don Henley’s classic “The Boys of Summer.” Erelli starts slow and subdued, but the track gradually builds to a high-lonesome holler that sounds like what I imagine Springsteen’s full-band version of Nebraska must be. A couple years ago, we ranked the best covers of “The Boys of Summer”, and this deserves to live in that company.

“As a child of the ’80s, I grew up on a steady diet of pop radio and MTV, where this song was inescapable,” Erelli says about the song. “While much of that decade’s production sounds dated now, Henley’s track still sounds stately and anthemic to my ear. Mike Campbell’s guitar adds so much to the original version — I can still whistle nearly every lick — and that’s what inspired my somewhat darker take. I approached this lyric as a series of foreboding omens, and the little voice in my head that says ‘don’t look back, you can never look back’ helped me find my own take on this instantly recognizable classic.”

Listen to Erelli’s “Boys of Summer” cover below.